The Whopperito: It's just like a Whopper but different

We're never one to turn down a good food challenge. Whether it's foraged ants and reindeer moss that come out of a trendy Midtown restaurant or the latest in bizarre fast food combinations, we'll at least give it a shot in the name of food writing.

The Instagram "celeb" was among many curious eaters who took to social media to give his hot take. In a YouTube video review he posted, he says BK is "really killing it with their fusion craziness," pointing to another of the chain's recent wacky combos, the Mac 'n Cheetos.

Among Chow Down Detroit, AKA Seoung Lee's observations, this creation is not terribly photogenic, "it's just a big hunk of burrito."

As for how it tastes, he rates it a mediocre "good," pointing out, "it was exactly what I thought it was going to be, it tastes like Whopper but with a different kind of sauce."

"It's just Whopper inside of a tortilla," he adds.
We obviously weren't expecting some masterful Mexican-fusion experience, but rather a novel way to enjoy a Whopper. We agree with Seoung in that we like how the meat has some of that famous BK "flame broiled" flavor (though we're not sure as to whether a whole Whopper patty goes into the flour tortilla vessel). We also kind of dig that spicy-ish queso sauce. The pickles add some crunchiness. The tortilla is a bit much, we found ourselves tearing off parts of it so our bite wasn't overwhelmed by it. Other than that, it's like that beefy burrito you may have enjoyed in the high school cafeteria. 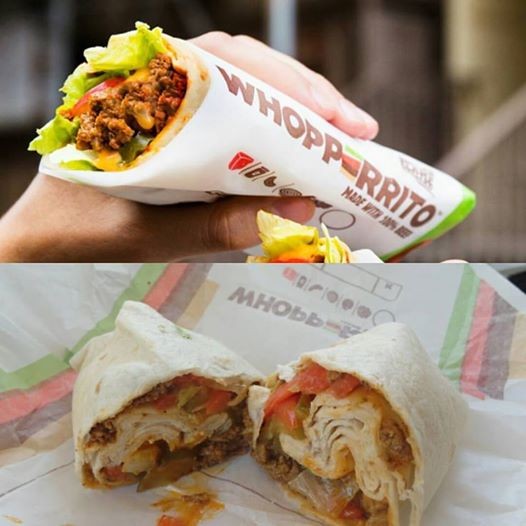 We'll file this in the "been there, done that" category and be on our way to the next foodie challenge.