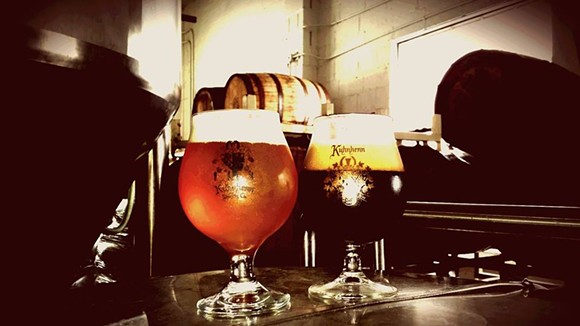 Kuhnhenn Brewing Co., that Warren-based suds maker that started out as a home brewing supplies store, has reached the 15-year mark and will host an anniversary party Saturday.

Set up like a mini-beer festival, ticketed guests will be able to sample more than 40 draft beers, including vertical releases of many rare Kuhnhenn that are otherwise not available. Also one hand, food, entertainment by Reggie Smith and the After Party, and radio personality Gnyp of 93.9 The River FM, who will broadcast live during the festivities. In the event of rain, a large tent will be provided for partygoers.

Admission is strictly 21 and up and tickets go for $40. Funds raised will benefit the Michigan Ovarian Cancer Alliance.

A pre-party will be held Friday at the Warren Taproom, featuring live entertainment and draft beer in the tented biergarten. The Friday event is free.

Also on deck, co-founders Bret and Eric Kuhnhenn will make appearances at both Friday and Saturday celebrations to revel with guests.