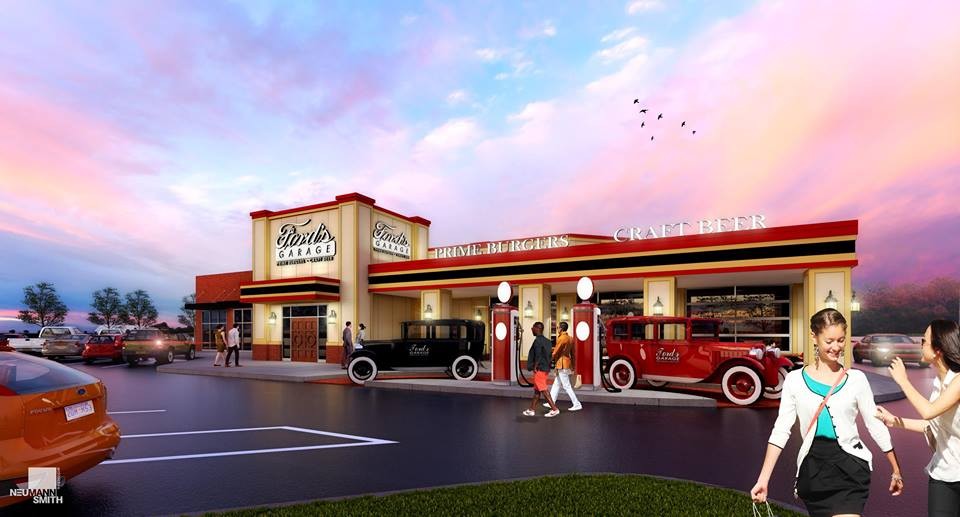 Ford's Garage is coming to Dearborn.

Which is to the Florida-based chain Ford's Garage that specializes in burgers, beer, and vintage car memorabilia will soon make its metro Detroit arrival.

The Ford Motor Co. licensee is supposed to open a 13,200-square-foot space at 21367 Michigan Ave. sometime next spring, Crains reports.

The 200-seat restaurant, which is to be designed to resemble a 1920s gas station, will offer an "assembly line" custom burger option, a food challenge-worthy "Henry Ford's Hub Cap" 10-pound burger (goes for $125 or free to any one diner who can devour it within two hours), more than 100 craft beers, and hire some 150 or so workers.

Behind the expansion is Detroiter Billy Downs, founder of the BD's Mongolian Grill chain.

The Detroit News says Ford Motor Co.'s real estate division Ford Land (which licenses the name to independent companies) has begun construction on the development. In addition to the 200-seat eatery, the spot will include a banquet hall, retail space, and a coffee shop.

The chain, which includes four locations in Florida, was founded in 2012 in Fort Myers, not far from where Henry Ford and Thomas Edison spent their winters.