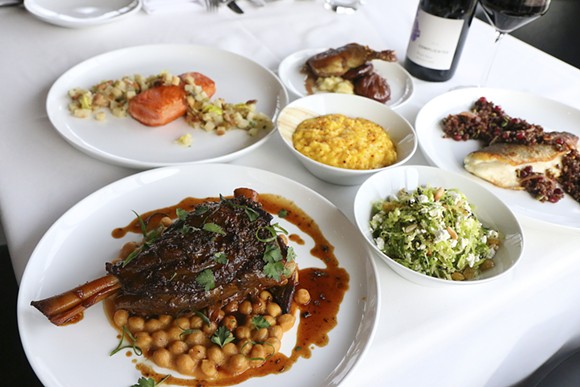 We've been saying this all along, to watch out for Detroit's steadily growing dining scene as a hot food destination.

And you know we love confirmation.

This week, venerable dining guide Zagat gave Detroit a shout out by including the city on its 2016 "26 Hottest Food Cities." A blurb describing Motown's culinary achievements leads in with the expected "gone through a lot of... changes over the last few decades," but steers clear of that tired cliché about a foodie mecca rising in a city of ruins.

Instead, the short piece goes over the many wins scored by area chefs and restaurants, including James Beard nominations for chefs Andy Hollyday (Selden Standard), Nick Janutol (Forest, Birmingham), Garrett Lipar, and Mabel Gray (under James Rigato in Hazel Park).

Other spots like Katoi, Grey Ghost Detroit, Sister Pie, and The Peterboro get nods as well, as do some ventures taking place in New York (Emmy Squared, Semesa), illustrating the Motor City's growing influence in larger markets.

So, how did Detroit rank, you ask? Right smack in the middle, a lucky 13.