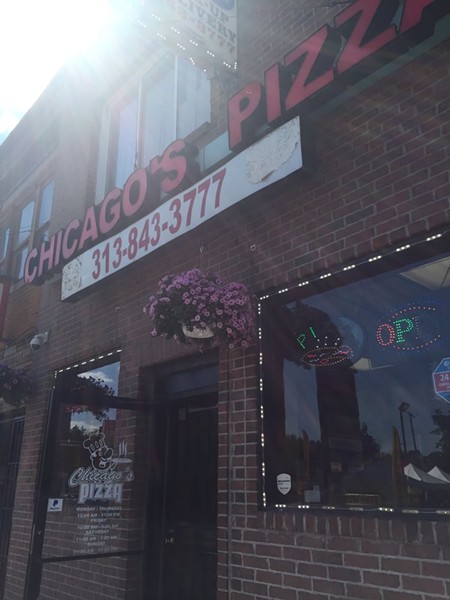 If you've owned a business in Detroit for long enough, you're bound to develop keen survival techniques.

For some, that means using silent alarms, for others it's installing bullet-proof glass around the register, or even secured entrances.

WDIV reports that Amezquita did just that when a man walked into his pizzeria and ordered a cup of water, before he reached into a donation jar (set up to raise money for funeral expenses for a man in the neighborhood who had been killed) and stuffing cash into his pockets.

Surveillance footage shared with the TV news station shows that Amezquita confronted the man with a gun, pointing it at him as he order him out of his store, giving a final kick in the butt out the door.

Check out the news segment here:
Amezquita says his store has been in the neighborhood for the past two decades and that the area has been getting better.

Still, "I got tired of being robber that way," he tells the news program. "No, like, (we) work hard for our money, and it getting taken away like that? No."

No one was hurt and Amezquita did not pursue charges against the man. Still, he no doubt left an impression on the guy that he won't soon forget.

To Amezquita, we salute you for your badassery.