Sylvia Rector was an inspiration to women in Detroit's food scene 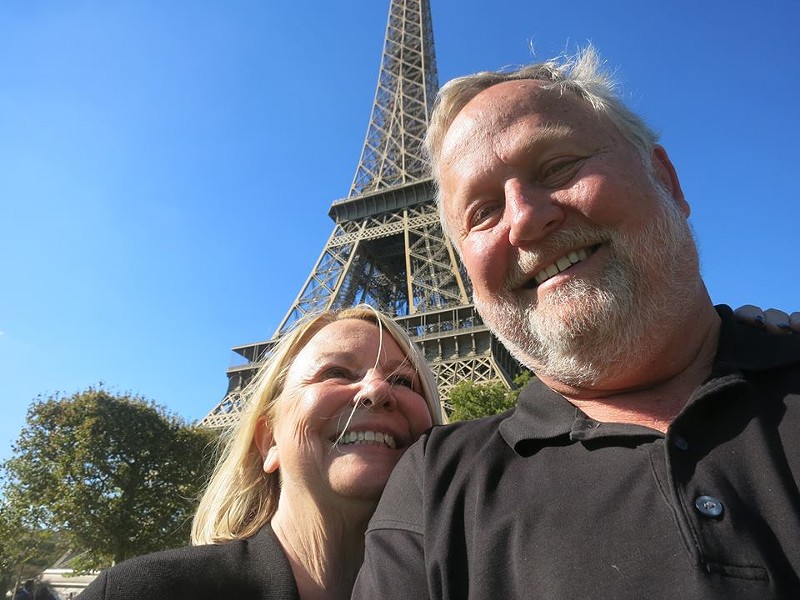 The Detroit dining scene has lost a prolific writer, whose passion for food was only beat by her love for people.

Sylvia Rector, who spent the past 17 years critiquing restaurants, keeping up with food trends, and sharing the stories of countless chefs for the Free Press, died in her Beverly Hills home Tuesday following a short battle with colon cancer, the daily has reported.

For me, Rector served as a mentor - even if we never actually met - in a field that not only I knew very little about up until not too long ago, but in a role that continues to be dominated by men.

In this line of work, I follow and admire a number of food critics across the country, including the Chicago Tribune's Phil Vettel, LA Times' Jonathan Gold, NY Times' Pete Wells, and Eater's Bill Addison. My own writing is informed, in part, by their grasp of local and national food trends.

And up until about this time last year when she retired, there was Rector.

Like myself, Rector did not begin her career in reporting or writing about restaurants. The Virginia native started out as a reporter for the Associated Press and moved on to editing positions at the Dallas Times Herald and Minneapolis Star Tribune, before taking an assistant features editing job at the Freep. Somehow, we both found a calling in food writing and that's how our paths crossed, even if not directly.

In her final column, Rector wrote about her changing role in her post, saying "the job I took when I was named restaurant critic in 1999 is a galaxy away from the one I had when I left."

Indeed, the job has changed exponentially over the years - from having to wear disguises to restaurants to nowadays posting blogs daily to be the first to break a story on social media.

One thing that has not changed is needing to be able to tell a story.

When I came onto the scene in 2015, I would spend hours pouring over the reviews of my predecessors, Rector's pieces included, hoping to channel some of the energy that she and the others in this foodie sisterhood were able to convey in good storytelling.

Even though journalism is fiercely competitive, I wanted many times to send Rector a note to ask how she maintained anonymity or to find out how her husband and constant dining companion helped shape her critiques.

I know I'm not alone when I say I owe at least some of my success to writers like Rector.

News of her death is still being felt deeply in the local culinary world, with several high profile chefs pointing to her encouraging words as the confidence boosters they needed to continue down their career paths.

One of the first people I thought of when I heard of Rector's passing was chef Kate Williams, who early on in my food writing gig, gushed over what the elder critic was doing for food journalism.

In a raw letter Williams wrote to Rector just before her death, the chef thanked the writer for always putting her first - not just the story.

"Often in journalism the narrative can be skewed or manipulated to wanting 'the story' and the controversy, which, as a chef, can take its toll. But not with you. You understood our stories. You had a knack for seeing behind the fluff and trends and just wanted to let people know what you knew about the people behind those dining experiences. The idea that someone got out of bed today just to serve someone a beer, your writing reflected it. You saw all the nuances and little details that an owner laid awake at night stressed about. That meant the world to me and to so many others," Williams wrote.

To read the rest of Williams' tribute, click on the PDF below.

See related PDF Kate_Williams_tribute_letter.pdf
Indeed, Rector's approach was one that most of us in food writing can stand to learn from. Her knack for compassion and detail will be sorely missed.

Thanks, Sylvia, for all you do.