Just in time to ring in the new year, the new noodle and rice bowl shop, Ima, opened its doors this week in the former Rubbed space in Corktown.

Serving up a seasonal menu of udon noodles, bibimbap and curry rice bowls, and sharable plates like "Ima" tacos (made with a shaved jicama, wakame slaw, green chili hot sauce, shiso, and choice of protein) and steamed edamame, the eatery is the passion project of chef-owner Mike Ransom.

We stopped in Thursday to check out the space and food. Gone is the turquoise façade, giant sloth print, and deli-style décor that Rubbed was known for. In its place, a more minimalist approach, with white-washed interior, two long, communal tables, and bar style seating along the walls (the spot seats about 32). Ransom tells us he wanted to keep the place simple in design, considering it's such a small space. 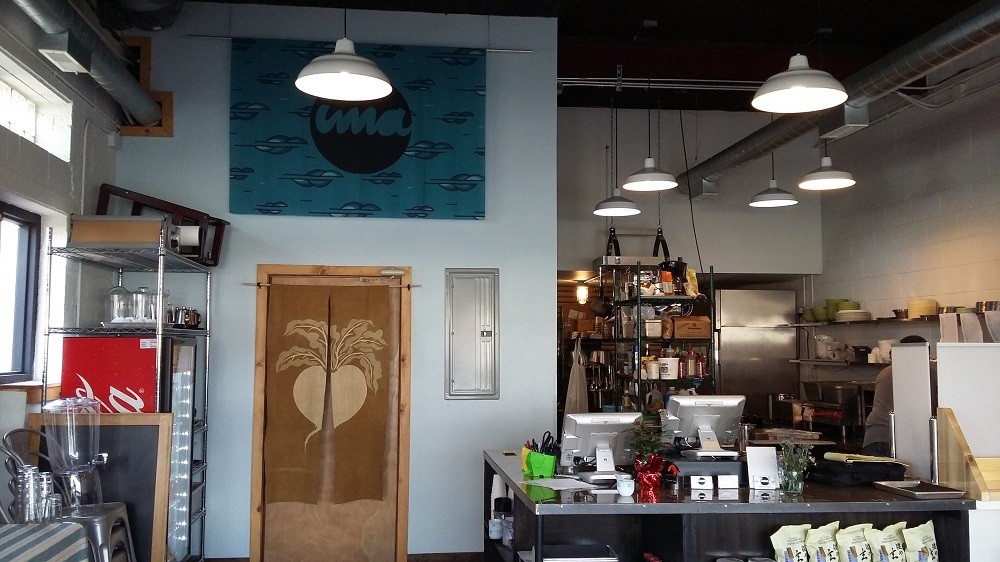 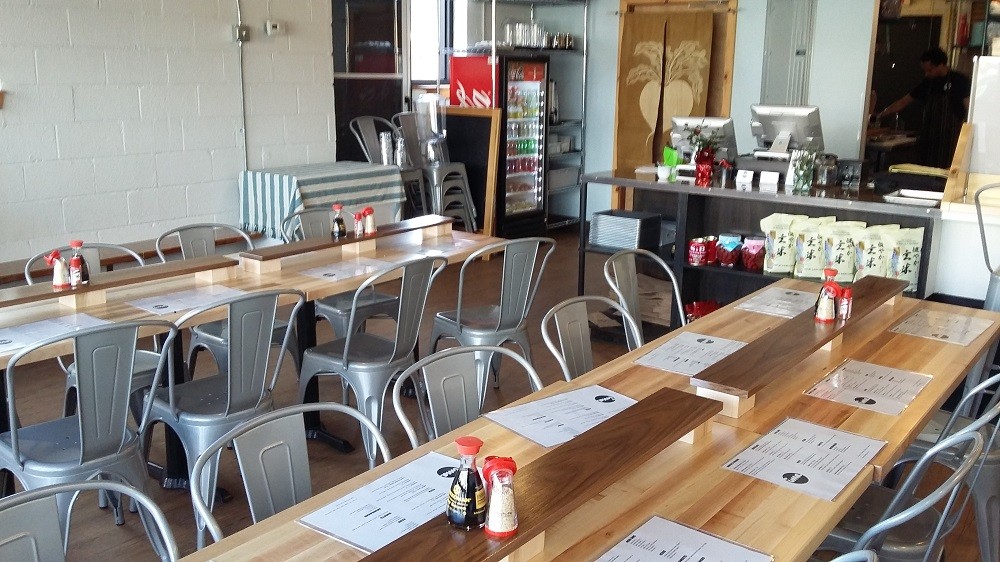 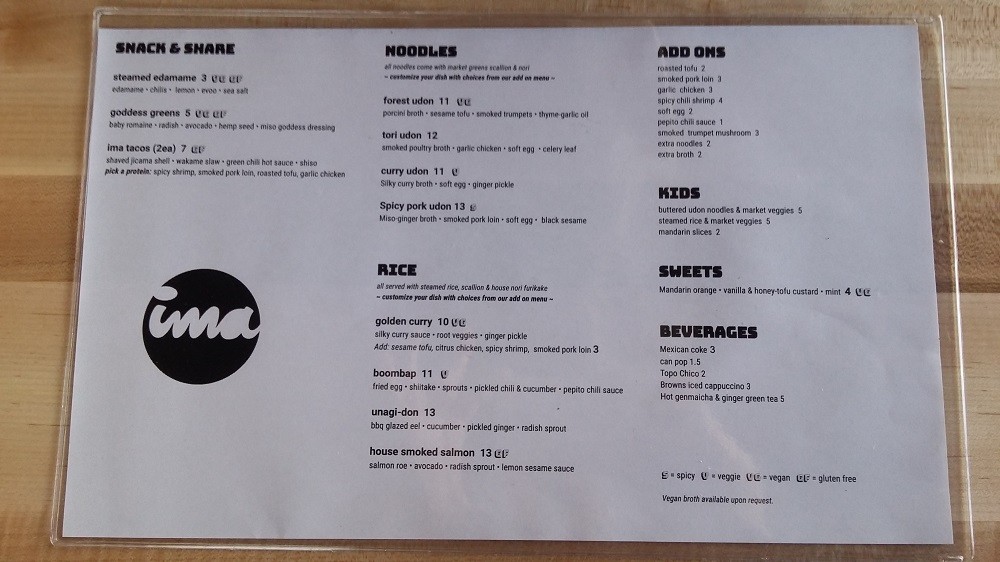 As for his inspiration for the menu, Ransom tells us he was raised vegetarian, which for him back in the 70s-80s meant that his parents introduced to him lots of Japanese cuisine.

"Since that was something that I really loved to cook and loved to eat, that's the direction I wanted to take," says Ransom.

The opening of Ima (which we're told means "now" in Japanese Kanji and "mother" in Hebrew) is three years in the making for Ransom, who grew up in and started his cooking career in Michigan. After about 12 years in the restaurant industry, he went to culinary school in Chicago, and worked in San Francisco and Baltimore. All the while, "I had been watching things grow in Detroit."

During our visit, we tried a the "boombap" rice bowl ($11), with shiitake mushrooms, pickled chili and cucumber, topped with a fried egg and a spicy pepito chili sauce, plus an add-on of shrimp. A dining partner tried the spicy pork udon ($13). We dug into a bit of both and note that the rice bowl had a nice balance of earthy and herbaceous flavors, while the saltiness from the pork came on a bit strong in the udon broth.

We'll be sure to return for a more thorough review once the place gets its bearings, but given Ransom's vegetarian upbringing, we're really intrigued by his non-meat dishes. In particular, his umami-rich forest udon, for example, which that uses a porcini broth, sesame tofu, and smoked trumpet mushrooms, sounds especially interesting. We're also curious about the Ima tacos, which another dining partner was quite keen on.

Ima is open 5 p.m.-10 a.m. today and tomorrow (New Year's Eve), then will reopen after the holiday weekend. Lunch service will follow in early 2017, and Ransom tells us he hopes to obtain a liquor license in time for patio season.