A wealthy Birmingham businessman is fighting to keep Hamtramck trashy 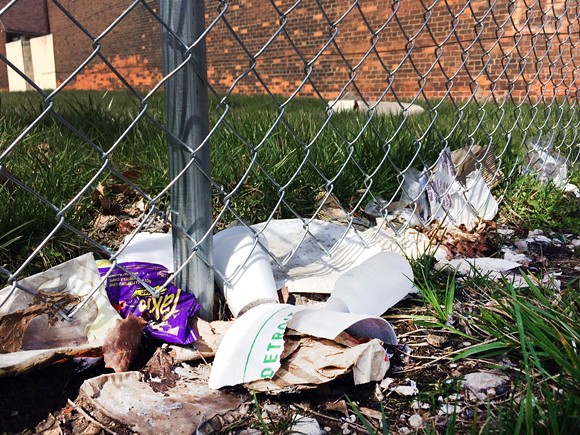 The next chapter of Hamtramck's Henry Velleman saga will play out in court now that it appears he is fighting around a dozen tickets issued by the city over his properties' litter, blight, and ordinance violations.

To recap, Velleman is a wealthy Birmingham businessman who is also downtown Hamtramck's largest property owner. But many in the Hamtramck business community have grown increasingly frustrated with him over the last 18 months over his (mis)managment of his properties.

Despite the fact that Velleman's storefronts are largely functional, most sit empty as he doesn't appear interested in renting to mom and pops looking to lease here. Until this week, his fenced-in empty lots functioned as giant Dumpsters that for years collected trash, garbage, and debris. During the winter, his sidewalks remain covered in snow and ice, and the lots' grass and weeds grow as tall as six feet.

That's frustrating business owners who charge that Velleman's neglect and property management decisions are a drag on downtown's redevelopment and ultimately detrimental to their livelihoods.

They took their complaints to the city last year, but it didn't take any serious enforcement action through the first half of 2016. But now the city appears to have changed its course, and records show it began issuing a new set of citations late last year and in early 2017.

31st District Court and city documents obtained by MT show that Velleman was cited during that timeframe over the condition of some of his 36 downtown district properties. Records also show that Velleman didn't address any of the issues, and instead set a court date to contest the tickets.

It's difficult to imagine what a defense strategy might look like. Velleman's empty lots have long been covered in trash, though his employees were spotted picking up garbage on some properties after a MT reporter called him on Tuesday. (He did not return the call.)

The city also cited Velleman for failing to register his vacant storefronts, as ordinance requires. Some of those spaces have sat vacant for years, and though the city can't force Velleman to lease the stores, local law require those who maintain empty shops to keep them up to code and pay a monthly fee. The city wrote other tickets for sign ordinance violations that also seem to be open and shut cases.

The case is set for Monday, April 10 in front of 31st District Court Judge Alexis Krot. Court documents show Velleman is represented by Cafe 1923 co-owner and attorney Sean Kowalski. (Interestingly, a Hamtramck Review article shows Kowalski has been on the other side of a Hamtramck trash fight.)

Some business owners previously said they fear that Velleman will tear down buildings to spite the city if he's pressured to take care of his properties. Following a previous article on the business community's complaints, he wrote a scathing letter to Mayor Karen Majewski, who questioned some of his practices in the piece. In the letter, Velleman disparaged the city's Bangladeshi community, trashed Hamtramck's young business community, and told the mayor she has "an empty bubble of a head." He also suggested that he would start carrying a concealed weapon while in the city. 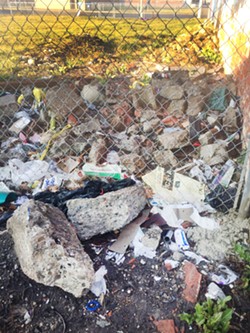 "You have hitched the city's economic wagon to bars, pop-up restaurants, over-priced chocolates, and glorified garage sales peddling used clothing, used furniture, and used records," Velleman wrote to Majewski. "Even Highland Park is more attractive to established businesses than you have managed to make Hamtramck."

In the letter, he also suggested that Majewski "avoid the Tom Perkins of the world."

"Better to read Donald Trump's books on development or go to see the play 'How To Succeed in Business Without Really Trying,'" he continued.

Velleman's supporters point out that he renovated spaces above his storefronts, and those are now high end lofts that are mostly occupied. And Hamtramck has plenty of other challenges that contribute to its downtown's slow redevelopment, so no one is pinning blame on him for all that's wrong in the city.

However, that doesn't change that Velleman's properties are in clear violation of a multitude of codes, covered in trash, overgrown, covered in ice, and/or empty.