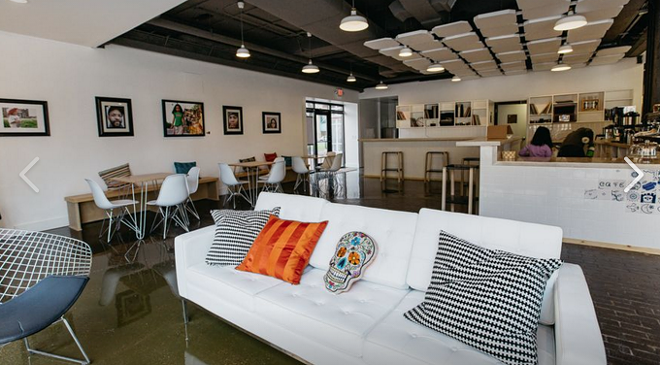 Last year, after little more than a year in business, indie coffee shop Cafe con Leche closed its auxiliary Southwest Detroit location. Now, the shop's only remaining location, across from the Fisher Building, will also shutter.

The shop opened in 2007, when the whole of Detroit only had three indie coffee shops.

According to a Detroit News story, Carbonell won't be shutting down the business completely. He told the daily he plans to move his roasting service to a facility he plans to purchase on Michigan Avenue in southwest Detroit. He said he plans to roast Calavera Coffee, which will be wholesaled to grocery stores and restaurants. Carbonell already sells wholesale coffee to Midtown's Nest and Southwest's Honeybee Market.

Carbonell partly blames Michigan winters for a downturn in business, while his wife and co-owner Melissa Fernandez, says a new wave of businesses are pushing old shops out, according to the News.