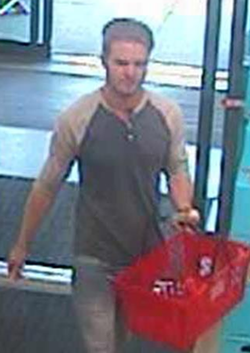 A man who left rat poison on a lettuce mixture, olives, and avocados in separate incidents at two Ann Arbor-area grocery stores was found not guilty by reason of insanity.

Last week's verdict in Washtenaw County Circuit court comes after the man, Kyle Bessemer, 29, was found competent to stand trial in February. MLive reports that Chief Assistant Prosecutor Steve Hiller clarified that that isn't the same as finding a defendant criminally responsible at the time of the incident.

"It is ... possible for a person to be legally insane at the time of the crime, but after weeks of treatment be stabilized and lucid," Hiller tells MLive.

The FBI, which initially investigated the case, said Bessemer admitted to spraying a mixture of Tomcat mouse poison an alcohol-based hand sanitizer and water onto the food. The poison was found last April at the Ann Arbor-Saline Road Meijer and the Eisenhower Parkway Whole Foods. A Plum Market was also thought to be targeted, but Bessemer was never charged for that incident.

No word on what thoughts motivated Bessemer to commit the bizarre crimes, though he previously said he thought someone was trying to poison him.