But over the last three years, it became evident that Typinksi is ready to make the leap and open his own operation. He regularly entered and placed in beer competitions, most notably earning a silver medal for his saison in the American Homebrewer’s Association 2016 National Homebrew Competition — the nation’s largest and most prestigious event of its kind.

In 2015, Typinksi won the Rochester Mills Beer Co. competition with his imperial IPA, which the company then kegged and distributed throughout the state. This year, while working on Urbanrest, he simultaneously learned to produce on a big system at Warren’s Kuhnhenn Brewing, which is considered one of the state’s top microbreweries.

Aside from that, Typinski previously worked as beer distributor and is one the state’s few brewers who is also a cicerone — the beer industry’s equivalent to a sommelier.

In short, he’s ready to go.

And on June 30, Typinski and several co-owners will unveil their own operation when Urbanrest — a brewery trading in what Typinski describes as “refreshing, drinkable” beer — taps kegs at its 5,000-square-foot building on Woodward Heights west of Hilton Road. 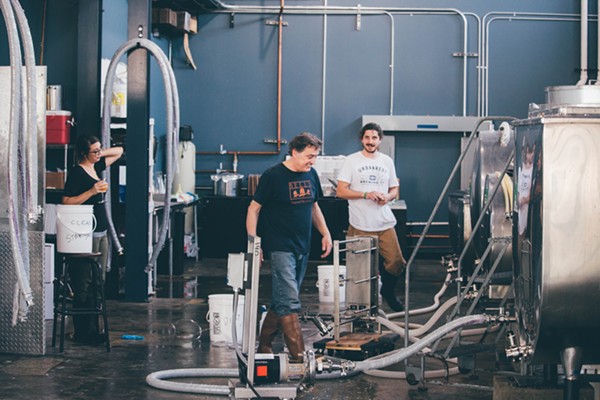 “I’ve been working on this ever since I graduated college, and it’s a long process, but I geared my entire career to building our own brewery. Knowledge and education are the keys to why craft beer is where it’s at,” he tells MT.

Urbanrest focuses on open fermented Belgian- and American-style ales with a balance of fresh hops and hints of fruit to develop a unique flavor character. Typinski says he makes simple but complex beers in that he’s “not trying to throw 25 different ingredients in, but instead getting the complexities from the yeasts, malts, and hops and their interplay.”

Six beers will be on tap at the outset, and though Typinski says he isn’t yet ready to reveal which, the medal-winning yellow hopped saison will be among them. As it goes with Urbanrest, the ale merges fruity and fresh hop characters, and is a "lighter, refreshing" brew.

“We have a French oak aged quad that’s fantastic, but it’s not a focal point of production because we like drinking beer, and these are beers that you can have second pint of. The crazy high alcohol barley wines — they’re great to sip and enjoy, but not for drinking on a day to day basis,” Typinski says. 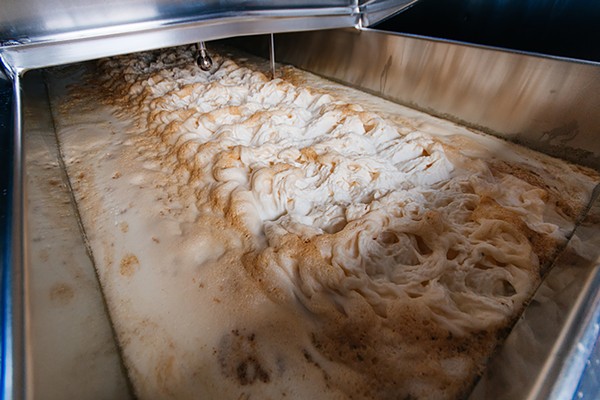 Urbanrest’s 10-barrel system is also noteworthy. Instead of spending a fortune on a shiny new set up, Typinski and his crew designed its own with 10 repurposed Michigan dairy tanks that are 300 gallons and up. The 30-year-old tanks needed to be cleaned with acid and a caustic agent, Typinski says, but once prepped, the quality of the stainless steel exceeds that of anything new. New system orders also take between six and nine months to fill, and Urbanrest arguably built a better one at one-tenth of the cost.

“We took a different approach than what most folks do. We’re young and low capital with no bank loans, and doing it on our own, so that’s how we chose to do it,” he says. “We had some 16 hour initial brew days, but we’ve had a huge jump in mash efficiency, which is a tell tale sign of a decent system.”

And the reuse/repurpose theme is a common one at Urbanrest as its only new large item is the walk-in cooler's condenser. On its menu, for example, the charcuterie comes from pigs raised on some of the brewery’s spent grains. The neighboring Farm, Field, Table raises and butchers the animals.

Grains that aren’t fed to the pigs go to compost, and Urbanrest reuses its water for washing for cleaning. The crew pulled the interior wood from a fallen barn in Romeo, and even the bar was purchased from a failed restaurant and gutted.

“Brewing is waste-intensive, and building is very waste- and capital-intensive. For us to get our look, get our feel, and carry what we represent as a business and individuals, it became the only option,” Typinski explains. “It helps us not contribute to the massive societal dependence on ‘new and shiny’ that everyone needs to have.”

Beyond the beer, Zach Typinksi's wife and co-owner Mary Typinski also produces .5-percent alcohol kombucha, though it's not mixed with the beer. And Urbanrest's food program will be augmented by a rotation of food trucks that will set up in the lot.

Urbanrest is at 2615 Wolcott St. in Ferndale.