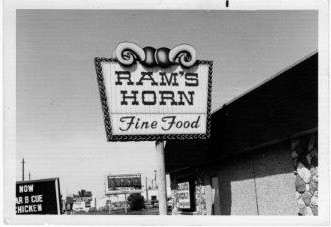 In 1967, the world's first Ram's Horn restaurant opened in Cadillac Square, in the heart of Detroit.

Brothers Gus, Steve, and Gene Kasapis launched the restaurant, hoping to treat families to the kind of simple comfort food that's still loved today. Their father, who immigrated to the U.S. in 1915, had run the Kasapis Family Restaurant in Greektown, so operating diner-style restaurants was already a family business. 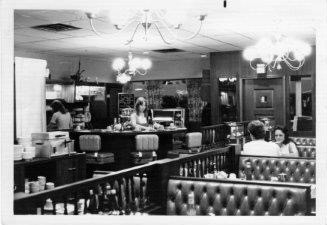 The restaurant quickly grew, and began opening locations in the suburbs, including a Warren location that opened shortly after the original Cadillac Square spot. Though that original location shuttered long ago, Ram's Horn is still a staple for many families and 16 locations exist from Saint Clair Shores to Taylor.

This year Ram's Horn is celebrating 50 years in business, where the company's two living co-founders are still an active component. A true family business, three generations of the Kasapis family are currently involved in corporate business affairs in one way or another.

Once a fleet of 37 restaurants, the Ram's Horn company shrunk by almost half during the Great Recession, when many franchises simply couldn't weather the hard economic times.

But Hunter Marcuson, grandson of Gus Kasapis, says the company is on the upswing, with some new ideas in the works.

While they plan to keep all current traditional Ram's Horn locations in operation, they're in the beginning phase of planning a new concept that will be a little more "hip." The move will help keep the company relevant as they move into the next 50 years. 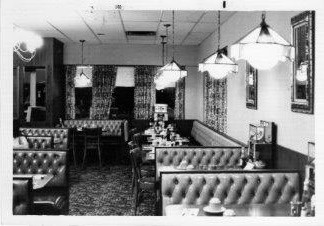 "Things have been growing, going in right direction," Marcuson says. "But, the old-style diner is kind of like a dinosaur. You know, Applebees just closed like 200 locations, so its kind of grim."

The concept, which could go by a name like Ram's Horn Cafe or Ram's Horn select, will serve the 15-25 most popular menu items (the company has over 90 on its current menu) and the restaurant will have more modern decor. It's still in the "rough stages of development," but will give the old brand a new look.

This new pivot will allow the company to remain loyal to its regular customers while connecting with a new generation.

In a local food landscape that thrives on farm-to-table meals and locally-sourced ingredients, Ram's Horn has long been ahead of that curve. Marcuson says at least 80 percent of their vendors are based in metro Detroit, including Eastern Market's Grobbel corned beef.

Further, Marcuson says the company will celebrate its 50th birthday by offering deals on its newly opened Instagram page and via Facebook. He hopes the social media platforms will help bring new customers into the traditional family style restaurants.