Gather relaunches in the Eastern Market on Friday 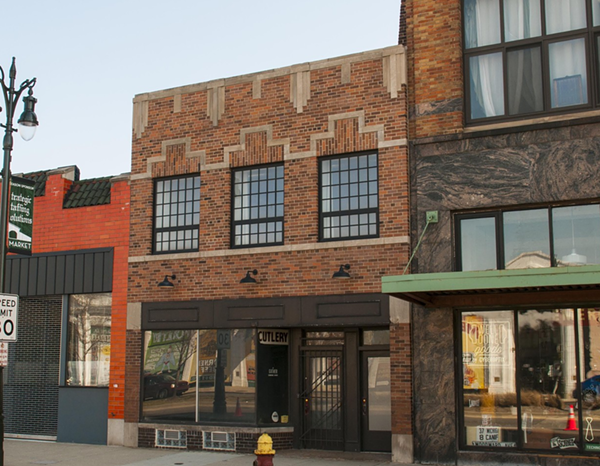 Gather Detroit – an Eastern Market restaurant specializing in local foods that are cooked above a wood-burning grill – will reopen to the public on Friday, its owners tell Metro Times.

The restaurant abruptly closed last month, and though diners will find a new menu when it reopens, the concept will remain the same.

Co-owners Kyle Hunt and Leah Hunt opened the restaurant in May along with chef Nate Vogeli, who was not a partner. Kyle Hunt tells Metro Times that Vogeli left the restaurant abruptly, but on good terms.

Jessie Patuano, a former chef at The Root and Torino, is now in Gather's kitchen. Hunt says the menu received "a complete overhaul" and to expect more of a focus on seasonality, local sourcing, and veggies, as Patuano brings strong relationships with local farmers.

Find a picture of the new menu below. Our food critic, Jane Slaughter, praised the 34-seat restaurant in her July review. We also found the restaurant's wings to be among the city's best. 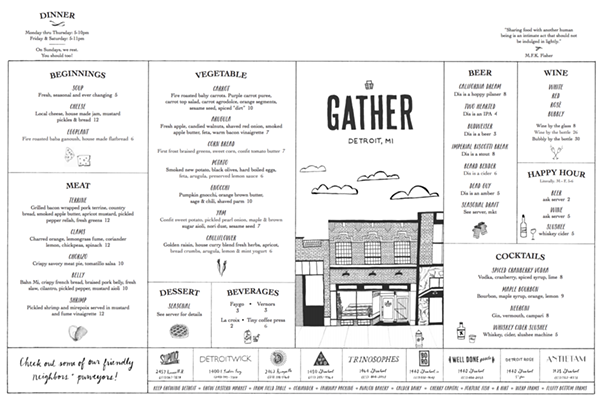