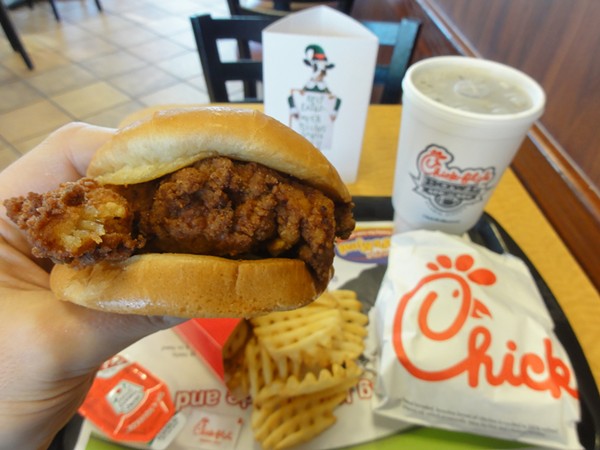 Its new post is launching in the lobby of the Detroit Medical Center's Harper-Hutzel Women's Hospital and is part of an effort to open 20 locations over five years in Michigan, Eater reports.

One of the first locations in Michigan on Eastern Michigan University's campus was met with opposition and calls for a boycott because the company has a history of donating to anti-LGBT causes.

In 2013, Chick-fil-A CEO Dan Cathy denounced the U.S. Supreme Court ruling that struck down laws barring gay marriage, and has made other public anti-LGBT statements like “we are inviting God’s judgment on our nation when we shake our fist at him and say, ‘We know better than you as to what constitutes a marriage.’”