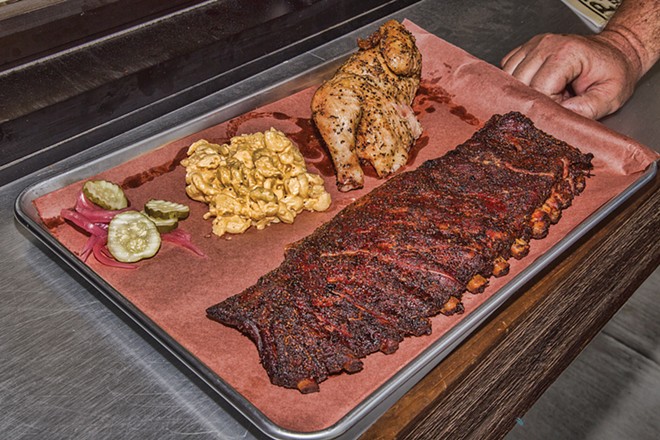 Eater reports that the new 5,000-square-foot space — planned for a VFW Hall at 630 E. 11 Mile Road — will serve as a production space for its sides and sauces, as well as a catering kitchen. Around 1,000 feet holding 40 seats will be utilized for the Texas-style barbecue restaurant.

Woodpile first opened a Clawson location in 2015, and is planning another restaurant in a New Center development led by The Platform. The Madison Heights location is expected to open this summer, while the New Center space should be ready by late summer or fall.

The ownership team is comprised of Scott Moloney (who also owns Treat Dreams and Atomic Chicken), Brandon Hannish, and father and son Tim and Zac Idzikowski. Another son, Tim Idzikowki, owns Detroit BBQ Co. and is not involved with Woodpile BBQ.