Meet the fishmongers who are elevating Detroit's restaurant scene 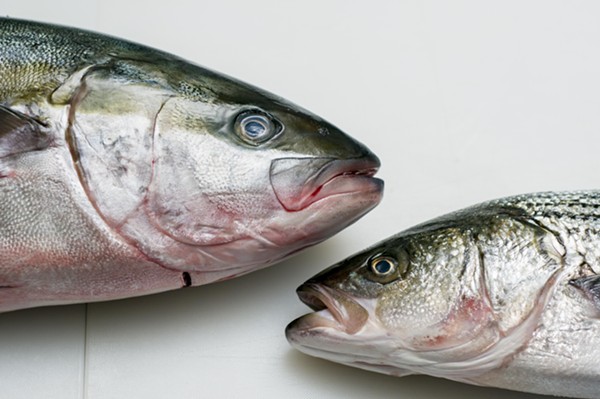 Somewhere in the deep blue waters off the coast of New Zealand, a roughly 15-inch, lollipop-red alfonsino fish with big, round eyes swims and feeds on crustaceans and cephalopods. It will be caught in a couple days, shipped to Detroit, and filleted before it's poached, pan seared, or carved into nigiri.

Once on your plate, you’ll find that alfonsino meat is silky, firm, and clean, while possessing an almost nutty flavor. Of course, that’s assuming that it isn’t old, previously frozen, or otherwise in some dilapidated shape. And that’s certainly a risk you run when ordering fish in Detroit.

But the odds that you’ll get second-rate seafood have been greatly reduced in recent months by Plymouth-based fishmonger Motor City Seafood. Co-owner Matthew Wiseman ordered the alfonsino that’s now swimming off New Zealand's coast. The fish will be line caught, then immediately sent to the airport when the boat docks. The alfonsino’s flight stops for a customs and Food and Drug Administration inspection in Los Angeles before it's quickly boarded on a Detroit connector.

A few hours later, Wiseman will meet it and other fish from around the world at the airport, pack them in his refrigerated van, and take them back to his Plymouth facility. His crew will scale the alfonsino, fillet it, and deliver it to any one of 25 top-tier metro Detroit restaurants that started buying from Wiseman when he and wife Staci launched the company in August.

There are several points that need to be highlighted in the alfonsino’s journey to Motor City.


First is the way it is caught. Wiseman will only deal with fisheries that use lines and care about sustainable fishing practices. Second is the short duration in which the alfonsino logs a high number of miles — Wiseman says he typically gets all his fish here at least 24 hours faster than other Michigan distributors. Third is the existence of the alfonsino in Detroit, period. Wiseman manages to find species we previously rarely — if ever — saw here, or in most other American markets.


That sort of access to new, high quality, fresh product can mean a lot for a growing restaurant scene like Detroit’s. In fact, before Motor City launched, the region generally got what Mabel Gray Chef James Rigato calls “second-tier service and second-tier product.”


"This is a great example of the food scene in Detroit legitimizing itself," Rigato says. "All these restaurants that are opening up with Michelin-starred chefs —that’s all great. But Matt is proof of the area's food scene cementing itself. Now we can get fish that you can't get in submarkets, like Columbus or Grand Rapids. This is Detroit continuing to build itself up.”

He adds, “I don’t think theres another vendor that changed the market like this in six months.” It’s chefs like Rigato who get most of the glory when it comes to dining, but just as a reporter is only as good as their source, a chef is only as good as their vendors. For that reason, more and more chefs are turning to Wiseman and Motor City. In six months his product list went from five to over 40 species that includes everything from a long pole-caught, Hawaiian bigeye and yellowfin to a New Zealand snapper to a rare-in-Michigan blue nose. The latter holds the aroma of scallops and cucumber, is firm like a bass or grouper, and is one of Wiseman’s favorite fish.

At Corktown's Takoi, chef Brad Greenhill says his crew was skeptical when Wiseman first introduced himself, but Motor City provided a few samples and they "were hooked immediately."

"The big thing is they are based locally and bring in product direct. That’s key," Greenhill says. "There’s no other middlemen and the fish is as fresh as can be. The quality of the product and the great customer service and ability to meet our specs was paramount. It blew our previous supplier out of the water." 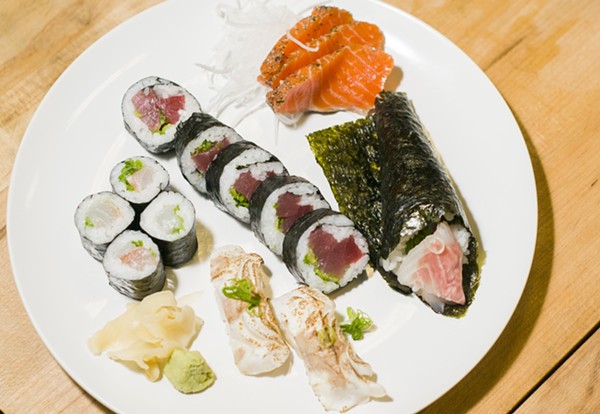 Motor City also recently brought aboard poissonier Marc Qualls — an enthusiastic master of fish carving and filleting — and Wiseman says that the company will post seven figures in revenue this year.

He tells us the success is simply a matter of ensuring a quality product line — in other words, he’s only offering some of the world’s most delicious species at a reasonable price — and ensuring that it’s all fresh, though the latter takes some real knowledge and effort.

“At the end of the day, if the customers are happy, then the chefs are happy, so we’ve got to make sure we keep up the standard to make everyone happy,” Wiseman tells us. “So we vet everything to stop any rubbish from coming through the cracks.”

That really starts with the fish Motor City flies into Detroit. Previously, most seafood you ate here landed in Chicago or Boston before a distributor trucked it or even sent it via UPS for the remainder of the journey. And they usually did so after the fish hung out overnight in a warehouse.

Once Wiseman's fish are in Plymouth, Motor City transfers them from their packaging to coolers that are lined with ice and cold packs, then stored in a walk-in cooler at 28 to 30 degrees — a high enough temperature that they won’t freeze, but cold enough that they stay fresh, and that temperature is closely monitored.

No Motor City fish are frozen, all are in restaurant kitchens within several days of arriving, and Wiseman is at the airport around nine times weekly. His crew also scales, guts, and fillets fish in Plymouth immediately before they’re shipped out. The fillets degrade once they hit oxygen, so it’s critical to get them to the chefs soon after the fish is carved.

Then there’s the sustainable component. When buying wild fish, Motor City will only take those caught on long lines, not with large drag or sea nets that do collateral damage. When selecting farms, Wiseman says he looks for those that don’t use GMOs, food colorants, or antibiotics, and that leave growing grounds fallow to replenish the stock.

“We’re offering products that were vetted well,” Wiseman tells us. “We’re quite fortunate that we know people through the industry who work with people that use good practice, sustainability, and think about the environment, making sure there aren’t GMOs and antibiotics given to the fish. We’re really explicit about this stuff.”

He also won’t buy endangered fish unless they’re ethically farmed. So that means no goliath grouper, an endangered but popular Pacific fish. The blue fin tuna Motor City distributes is corralled off Baja and individually culled on demand. The scallops, mussels, and lobsters Wiseman purchases come from the Bristol Seafood Company in Maine, which offers the only Marine Stewardship Council and Fair Trade-certified scallop program in the country.

This is all fairly new in Detroit, and these are the kind of producers that Chartreuse chef Doug Hewitt says we were lacking prior to Motor City's inception.

“Everything [on Chartreuse’s menu] has a story, whether it be a Recovery Park vegetable, lamb from Farm Field Table — every producer has a story,” he tells us. “For a long time, outside of some lake fish or some farming establishment, you never really understood the stories about our fish ... and that was something that was a void. We were really lacking fish and shellfish producers to talk about, and this dots the ‘i’ so to speak.”

At Takoi, Greenhill says there have been seven or eight dishes built around Motor City's seafood, like a scallop plate with young coconut, lime, mint, and lemongrass that’s been on the menu since the restaurant reopened. Others include whole fried New Zealand snapper with a three-flavor sauce, a whole grilled branzino, or sea bream/orata, banana leaf barramundi, cured salmon with oro blanco, smoked steelhead trout laap, and goi pla with raw kampachi.

What chefs say also sets Wiseman apart is his knowledge, and his willingness to work closely with them. Wiseman notes he’s worked in hospitality for 30 years, so he knows the chef lingo and understands what they want. And he’s building trust with the chefs. Everyone benefits when the chefs we trust are working with vendors who they trust.

“The guy — he works like a chef. He’s up at 4 a.m. heading to the airport, and he’s probably on the way to the airport right now to pick up my tuna,” Hewitt said on a recent Friday afternoon. “His knowledge is insane, and you can tell he gives a shit about why and how these fish are brought out of the water ... and as a chef you know you’re getting the best product, and know with a ton of confidence that your guests are getting the best [seafood].”

As Rigato puts it, he knows that Wiseman would “fall on his sword over 10 bucks.”

“When you’re in the middle of Michigan purchasing ocean fish, you rely on vendors to communicate the market," he says. " We’re talking about a boat that’s 3,000 miles away, so we’re really doing this on honor, trust, and humility. Matt will tell you, ‘These guys are great. I stand by this fish,’ and you believe him. We really rely on our vendors to decode the industry for us. And we can trust him.”