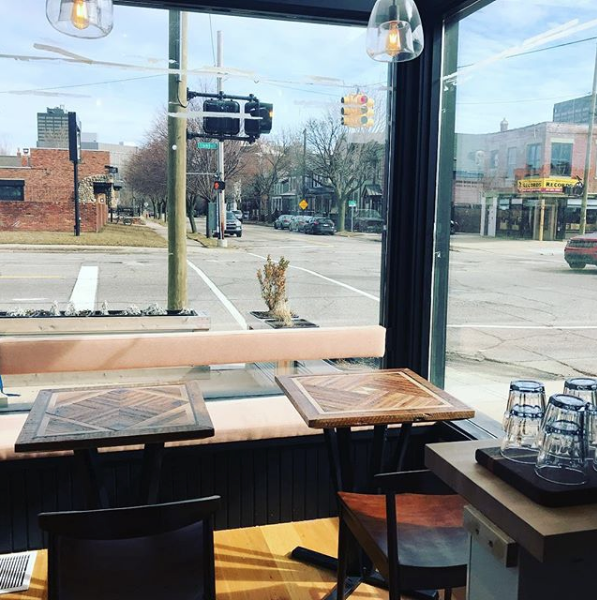 A popular Corktown cafe and market will soon have a sibling, according to a press release sent this afternoon.

The Farmer's Hand has quickly gained esteem as a spot to get all Michigan-made products, including fresh produce, and wine, along with pre-made sandwiches.

Related The Farmers Hand will serve you now

The Farmers Hand will serve you now
By Alysa Zavala-Offman
Catch-All
Farmer's Hand owners Kiki Louya and Rohani Foulkes announced today they will open a sister spot called Folk Detroit, which will serve as more of a cafe. The spot is poised to open on the corner of Bagley and Trumbull in Corktown, just steps away from the original store.

The 24-seat restaurant is being described as an "artisanal café specializing in seasonal, made-from-scratch comfort foods." They'll serve all-day breakfast made with "fresh ingredients and nutrient-packed grains, seeds, and flours." The menu will include made-from-scratch egg quiche dishes, veggie hash, parfaits, and meat pies, according to the press release.

Salads, grain bowls, and hearty lunch and brunch options will be available in addition to sandwiches like the Bread Social, which employs slices of toasted Zingerman's bread "topped with familiar and rustic ingredients."

The spot will also serve Hyperion coffee and herbal tea.

Louya and Foulkes expect the cafe to open this spring. In the meantime, they are accepting applications for baristas, cooks, kitchen hands, and runners. Resumes with references and availability can be sent to rohani@folkdetroit.com or given in-person at the Farmer's Hand at 1701 Trumbull.

Folk Detroit will join not only the Farmer's Hand, but also Mama Coo's Boutique, The Bearded Lady, Lady of the House, and Hello Records, all locally owned businesses that operate at that intersection. Eldorado General Store, and Metropolis Cycles are also close by.