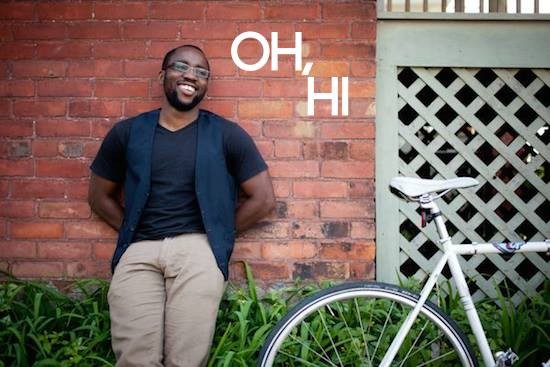 Earlier this month, Nigerian-born chef and writer Tunde Wey developed a fairly brilliant idea for highlighting the wealth gap between black and white people in New Orleans. He launched a Nigerian pop-up lunch counter and social experiment that — simply put — charged black people $12 for a plate of food and asked white people to pay $30 for the same dish.

The pricing reflected a statistic that white people hold about 2.5 times the wealth of black people, and it certainly produced a discussion. Now he's bringing the New Orleans pop-up, called Saartj, to Hamtramck, though it won't be an exact replica.

Wey — who arrived in Detroit to study at 16 years old and co-founded Hamtramck's Revolver — is keeping the details close. But he tells  Free Press: "If you go to a restaurant right now — any nice, high-end restaurant — as much as possible, folks try to tailor the experience to you. They want to know what you like. I want to take care of guests in a different way. I want to tailor the experience to them and I want to predicate that experience on their privilege."

Wey says he'll ask guests to fill out a form that asks about race, gender, educational attainment, income, and mobility.

in his interview, Wey praises Malik Yakini of the Detroit Black Community Food Security Network and FoodLab Detroit's Devita Davison, whose work he notes emphasizes community self-determination and a viable model of redevelopment.

"I also can see very clearly how destructive some of these other models are. So the dinner is about uplifting self-determination and having a conversation around self-determination as a tool for community transformation, as opposed to relying on an exploitative, extractive, free-market system or relying on philanthropy that controls and dictates how money is spent and to whom it is given," Wey says.

Though he doesn't name anyone specifically, it sure sounds a lot like some of the concerns that people have with the North End's Michigan Urban Farming Initiative, or Elon Musk's brother dropping into town to solve problems on which Detroiters are already working.

Read the interview at Free Press. The dinners take place from Sunday, April 29 through May 5 at Hamtramck's Bank Suey; tickets start at $50.