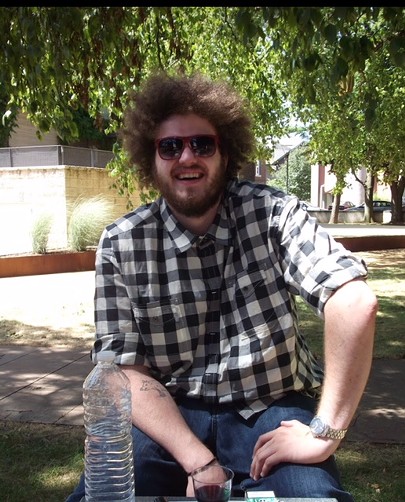 The latest addition to Slows Bar-B-Q's sandwich roster is called the Plaid Pig, and it sounds like another super tasty Slow's creation — shaved ham and smoked jalapeño bar cheese is stacked with South Carolina-style mustard barbecue sauce and bacon garnish on a soft brioche bun.

But the Plaid Pig is more than just a sandwich. The Slows crew put it together to honor former cook and pit master John Osborne, who died suddenly last July from an undiagnosed heart condition.

John Osborne's mother, WJR reporter Marie Osborne, says her youngest son was known "for his gentle spirit, unmistakable afro and signature plaid shirts." The 28-year old was a budding meat master who worked at The Butchery of Sylvan Lake and Avalon Bakery prior to Slows.

"I used to say that his culinary muse was pork, so that's why we called it the 'Plaid Pig,'" Marie Osborne tells us with a laugh.

After being hired as Slows To Go's first employee, John Osborne worked his way up to lead pit master. In that position he was in charge of marinating meats, smoking them, and chopping wood for the smoker. He also helped manage Slows' Ford Field location, and Marie Osborne says her son loved what he did.

"Entering into the food industry was like a homecoming for John where he found his tribe within a group of people just like him: hard-working, creative, strong and irreverent, who lived to bring people together around good food," she says. 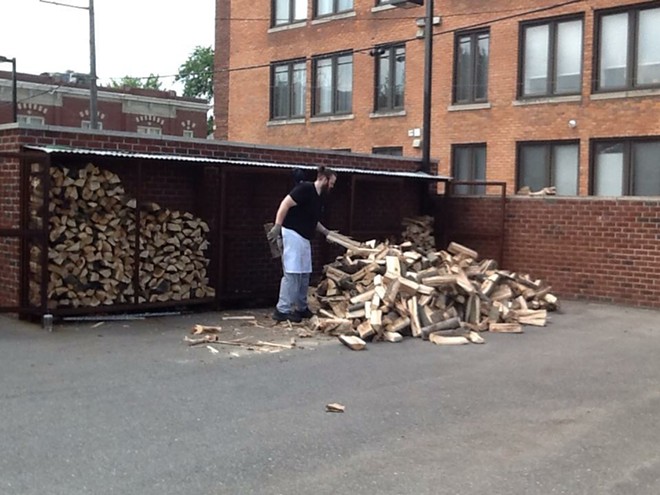 She adds that she's touched by Slows honoring her son.

"He was just starting out on his life and career and had this incredible opportunity to work at Slow's, and he just loved it," Marie Osborne says.

The Osborne family also created a scholarship endowment in John Osborne's memory at Schoolcraft College's renowned culinary program, and Slows will donate $1 from the sale of each Plaid Pig to the endowment.

Marie Osborne says the endowment will be in perpetuity, and it was a great way for the family, Slows, and Schoolcraft to work together.

"Twice a year, a modest scholarship will be awarded to deserving students who want to further their education in the industry," she says. "The hope is that this endowment can help expand the culinary 'tribe' that welcomed and nurtured John by reaching students who could use a little extra help," Marie Osborne says, adding that the recipients will be called the "Plaid Pig Scholars."

Slows chef Brian Perrone tells us the sandwich and contribution to the endowment is a great way to honor a well-loved and missed co-worker.

"He was an awesome guy — hard worker, really funny, and fit right in at Slows," Perrone says.

You can find the Plaid Pig at any of Slows three locations, or donate directly to the John T. Osborne Plaid Pig Endowment here.