In new Detroit terms, there are few better blocks in the city to be getting ready to open a restaurant than that on Woodward Avenue between and East Grand Boulevard and Milwaukee Avenue.

Much of it is now owned by Midtown Inc., the non-profit that helped redevelop Midtown. It's where Selden Standard's owners are building out a new concept and several other of Detroit's favorite restaurateurs are considering new locations.

It's also where Hamissi Mamba and Nadia Nijimbere will later this year open a new East African restaurant in a space where a former Rose's Fine Foods co-owner scrapped plans for her new restaurant.

Refugee-run restaurant Baobab Fare wins $50K in Hatch contest
By Tom Perkins
Table and Bar
What's notable about Mamba and Nijimbre is they aren't hip, local restaurateurs looking for their next project. They're in the process of building a new life after fleeing violence in their native Burundi a few years ago and arriving in the U.S. with next to nothing.

Upon moving here, they lived at the Freedom House, a temporary home in Detroit that supports refugees who are victims of political violence. Now they're carving out a new 60-seat restaurant at the corner of Woodward and East Grand Boulevard called Baobab Fare. It will be the first around downtown Detroit to offer a menu devoted to Burundian and East African cuisine. And if the response to their 2017 pop ups (where they sold out of food) is any indicator, it should do well.

Mamba tells Metro Times he thinks that the restaurant, which he says will open by December at the latest, has a lot going for it, and they're committed to the cause.

"It's a very good location. Woodward — that's Detroit," he says. "And another thing, I think what we are bringing in Detroit is something that is new and unique ... and I believe in our cuisine and our services, and it's a high responsibility — we have to show people who are supporting us that we are able to do this." 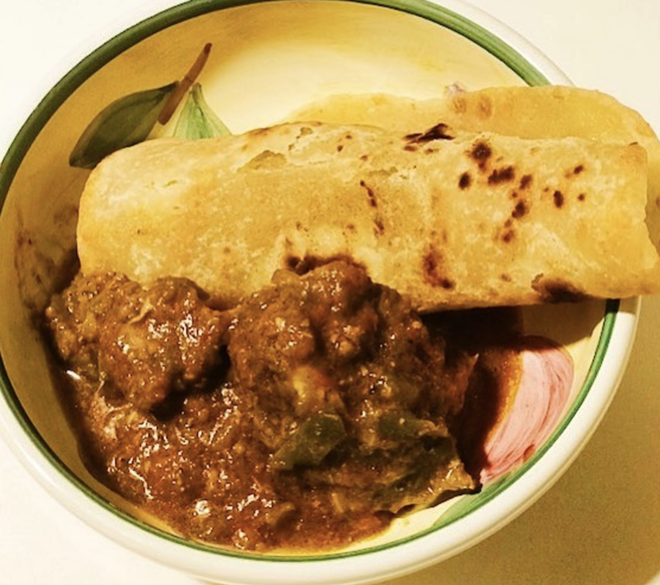 When Nijimbere arrived at Freedom House in 2013, she learned she was pregnant with twins. Mamba joined her in 2015, and in the following years they began working with Southwest Solution's ProsperUS to develop a businesses idea.

After hosting several successful pop ups in 2017, the duo won $50,000 in the Hatch Detroit contest, then began focusing on a brick and mortar location. Earlier this year, the space at Woodward and East Grand Boulevard became available.

"We have been working hard to be where we are, but we couldn't be there without support from Freedom House," Mamba says. "They opened this door for us, and ProsperUS Detroit gave us the knowledge to know and open the restaurant. After wining the Hatch contest, that was like the key of opening a business. We [had] nothing — no house, we didn't have a credit card, so to open the business with the $50,000 — that was something we can bring to the table, to the lenders in Detroit, and say 'Hey, we don't have enough, but we have this, and that's something.'"

Since there isn’t a lot of money to buy oils and ingredients for cooking in Burundi, a lot of the simple dishes rely on spices grown on families’ land. Mamba describes them as flavorful spices, but not hot.

Mamba says Baobab Fare will also import Burundian fruits never previously sold in Detroit, like the tamarillo (aka the tree tomato) and make fresh juices from them. The pair has also been roasting Burundian coffee beans at Germack under the Baobab Fare name, and will offer the coffee at the restaurant. It will also hold what Mamba describes as a small bodega filled with East African products that are hard to find here.

"Our mission is to share our culture and what we have there that people don't have here," Mamba says.

"The very, very important thing is that people in Detroit have been excited —
brother and sister, black and white — everyone is excited and everyone is helping us," he adds. "What we are doing here, we can't get it in Burundi. This is amazing. This is why we have the responsibility and want to make a big contribution in the city to the people and community who are supporting what we are doing."