A new bar and restaurant by Four Man Ladder Management — the team behind Grey Ghost and Livernois Tap — called Second Best is up and running in Midtown.

The restaurant and bar sits across the street from Grey Ghost, but is a much more casual spot than the former. In a press release, Four Man characterizes the new concept as “a neighborhood watering hole created for the everyman and woman to hang out and relax their inhibitions with good food and drink.”

"The name, which recognizes and celebrates that on some nights, you don’t need to be at the best or fanciest spot in town; sometimes 'Second Best' will do just fine, pays homage to the classics of yesteryear with familiar, yet elevated offerings," Four Man wrote in a press release.

That doesn't mean it won't be well thought out. Will Lee, Grey Ghost's bartender and a master at his craft, developed a "simple yet thoughtful" list of  "cocktail classics, batch cocktails from a soda gun, a fleet of local and national beers, and inspired shots that hark from when Jager bombs and kamikazes were swank," according to a press release. He's even including 40-ouncers of Miller High Life.

"We've had a lot of fun building this drink list - with playful iterations of some of our favorite old-school drinks. This is also my first foray into recreating such recognizable cocktail ingredients; look for a house made Fireball, Watermelon Pucker and a few others gracing the menu,” Lee says.

Second Best's menu is created by co-executive chefs John Vermiglio and Joe Giacomino, and offers elevated bar snacks, including deviled eggs, hush puppies, pizza puffs, and fried bologna elotes, along with a heartier selection of sandwiches, "like riffs on the timeless fried chicken sandwich and a Chicago-style Italian."

Second Best is located at 42 Watson St. in Detroit and will be open daily from 4 p.m. until 2 a.m. For more information visit secondbestdetroit.com. 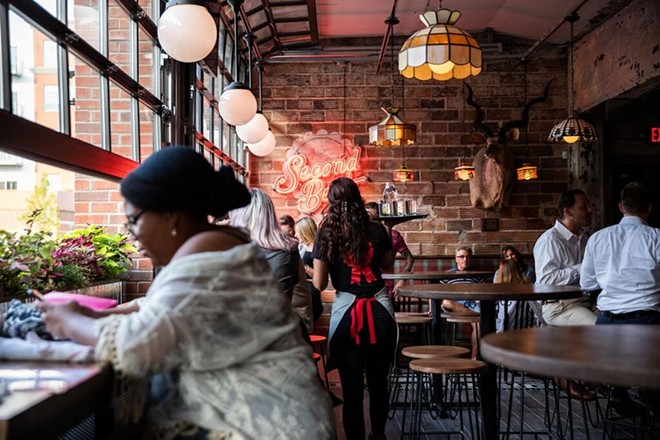