Muslim inmates successfully sue Michigan for starving them during Ramadan 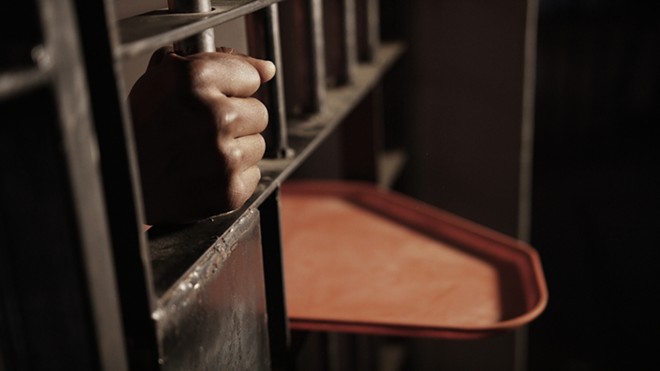 A federal jury has awarded four Muslim Michigan inmates punitive damages after finding the Michigan Department of Corrections didn't give them enough food during Ramadan.

Muslims fast throughout the day during Islam's holy month, and the MDOC is required by law to give inmates 2,600 calories daily. The court found the state refused to give inmates more calories at night, forcing them to choose between two options — eating or staying true to their religion and starving. The plaintiffs alleged that in each Ramadan between 2009 through 2012, they received as little as 1,000 calories per day.

U.S. District Court Judge Gordon Quist ruled that violated their First and Eighth Amendment rights, and the Religious Land Use and Institutionalized Person Act. Quist in 2013 ordered the MDOC to feed Muslim inmates more calories during the evening, and found the state in contempt of court when it didn't follow that order.

Lamont Heard, one of the plaintiffs, tells Metro Times he's pleased with winning but is disappointed the damages were much lower than what the plaintiffs asked for.

He adds that he may appeal the award.

The four inmates initially brought the case in federal court on their own in 2013. It was later picked up by Dan Manville, director of the Michigan State University Civil Rights Clinic, and a team of student attorneys took the case pro bono. Manville was also disappointed in the amount of the but said they're pleased they won the case.

'they willfully and wantfully did what they did — and they didn't give a shit about the religious rights of those practicing Islam.' tweet this
"For prisoners to win damages, you really have to have a broken arm, some physical type of injury that you can document," he says, noting that the inmates showed one documented case of weight loss.

But Manville adds, "We won the case and showed that the MDOC had done wrong, and the [inmates] were awarded punitive damages. That's a high standard because you have to show they willfully and did what they did — and they didn't give a shit about the religious rights of those practicing Islam."

Manville says emails sent among MDOC staff showed an employee in a position of authority appeared to think that not feeding inmates was a good way to save money. The staff member is a veteran who also appeared to show bias against the inmates because they are Muslim, Manville says.

"We accused him of being racial and the department let him get away with it," he says. "This is just another example of the MDOC and its staff refusing to follow what the law is and not provide religious rights to those who are incarcerated, because of the racial aspect in some of it. "

Heard and three other plaintiffs in 2009 used a book that listed calorie counts for different foods to tally the calories in MDOC meals. That led to the July 2013 suit in which Quist ordered the state to feed Muslim inmates the correct amount of and serve it at night.

The state chose not to do so, so the inmates went back in front of the judge in August 2013. Quist found the state in contempt and ordered it to deposit $200 into each plaintiff's prisoner account, Manville previously said.

Still, the plaintiffs claimed Aramark shorted them on calories, which they once again proved to Quist. He again found the state and Aramark in contempt, and wrote in his ruling that the Ramadan calorie shortage is a "problem that could have easily been addressed."

By that point, MDOC corrections officers had verified calorie shortages for prisoners, which was used as part of the plaintiff's evidence.