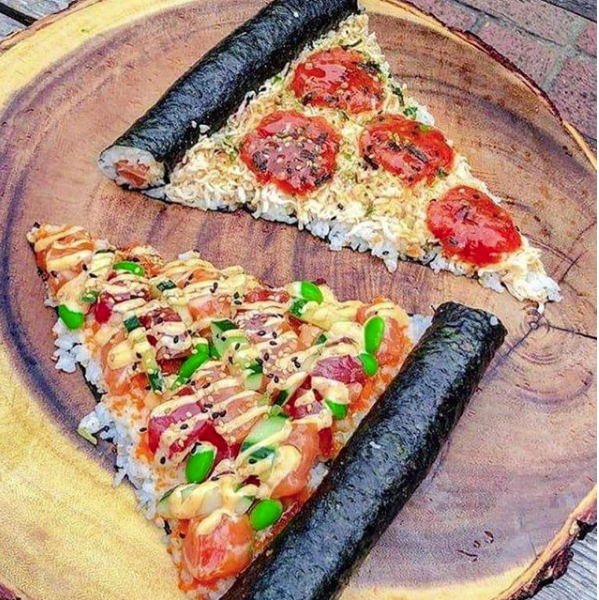 If you're someone who likes to obsessively Instagram your food, then boy, do we have good news for you.

Behold, sushi pizza. Yes, it's a thing, and yes, it's something that will soon be coming to a stomach near you. Poke Burri, a national chain that, as the name suggests, serves poke, also specializes in oddly shaped forms of sushi. It doesn't stop just at sushi pizza, people: We're talking sushi burritos, sushi doughnuts, and even sushi corn dogs.

Related The 'sushi doughnut' craze is coming to metro Detroit

The 'sushi doughnut' craze is coming to metro Detroit
By Lee DeVito
Table and Bar
According to Eater, Poke Burri has signed on with a and is currently seeking a restaurant location in Detroit-proper. Poke Burri has even gone so far as to start a '' Instagram account, so it's obvi official.

Other metro Detroit sushi restaurants in the same vein include sushi burritos from Yuzu Sushi Co., which opened in Royal Oak in 2016, and sushi doughnuts from the soon-to-open Blu Bar Sushi in Beverly Hills.