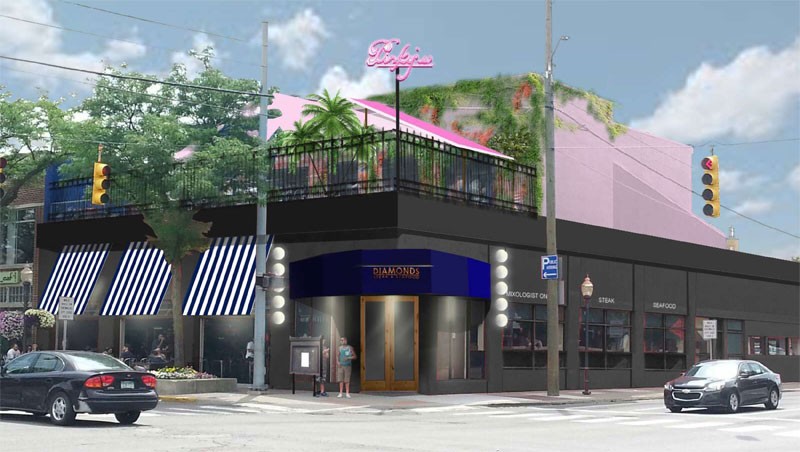 Royal Oak's former Cantina Diablos has a new look, with Diamond's Steak & Seafood officially set to open its doors for a grand opening on Wednesday.

The 7,000 square-foot, 173-seat restaurant is Diamond's second location, following a location in Howell. Diamond's replaces Cantina Diablos on the first floor, while the former Red Fox Rooftop on the second floor will soon be Pinky's, a rooftop patio and bar decorated with tropical plants in the warmer months. Both will be under the same ownership, with restauranteur Adam Merkel, who owns and runs the original Diamond's in Howell, joining as a minority owner. Merkel designed the menu alongside chef Craig Myrand.

Diamond's will be open from 4-11 p.m. Mondays-Thursdays, 4 p.m.-midnight on Fridays, 9 a.m.-midnight on Saturdays, and 9 a.m.-10 p.m. on Sundays. The restaurant is located at 100 S. Main St., Royal Oak. More information is available at diamondsroyaloak.com.

Construction for won't start until next year, according to a press release. In the meantime, Pinky's space will host a Cello Italian Restaurant pop-up, another Merkel restaurant that also had its start in Howell. The 70-seat Cello pop-up will be open through the end of the year; a menu is available here, and reservations can be made at merkelrestaurants.com. The Cello pop-up is open from 5-9 p.m. on Thursdays and Sundays and 5-10 p.m. on Fridays and Saturdays.