Corktown's Nemo's Bar and Grill is expanding its menu 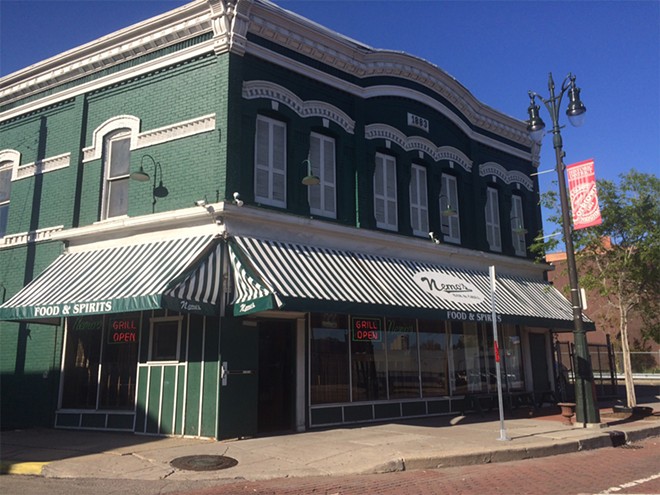 Nemo's is one of Detroit's favorite sports bars for a burger and pregame soaking, but it's aiming to be more of a lunch and dinner destination with an expanded menu that it'll roll out in the coming months.

The bar, at 1384 Michigan Ave., recently hired Nick George — the chef behind the Dr. Sushi pop up and Detroit Pop Up Alliance — as its kitchen director. He tells Metro Times he's planning a new menu of "bar-friendly foods like Japanese-style fried chicken (a mainstay of his Japanese-influenced cooking style), offbeat tacos, deluxe grilled cheese, wood-fired sourdough pizzas, and a good handful of vegan-friendly dishes." Fresh salads and sandwiches will round out the menu.

George says not to worry — the burger isn't going anywhere. It's staying on the menu with no changes.

"Everything you love about Nemo’s now will stay the same, we’re just going to give you more to love," George says.

The menu's expansion coincides with a kitchen renovation and physical expansion into the parking lot. That's planned for the winter months. In the meantime, George will offer some of the new menu items from 6 p.m. to 9 p.m. on Saturdays through the end of the year. The kitchen will fully shut down during the winter months and re-open with full service in spring 2019. However, the burger grill will hum through all of the changes.

George is a former Nemo's employee and longtime friend of owner Pat Springstead's family, so he knows the bar well. He says the changes to the menu and kitchen are partly a result of the changes in the surrounding neighborhood.

"It’s no secret that the Corktown area has been experiencing a steady increase in population and activity over the past decade, and with Ford employees now on the way, the bar and grill wants to make sure they’re ready to accommodate the increase in traffic," George says.