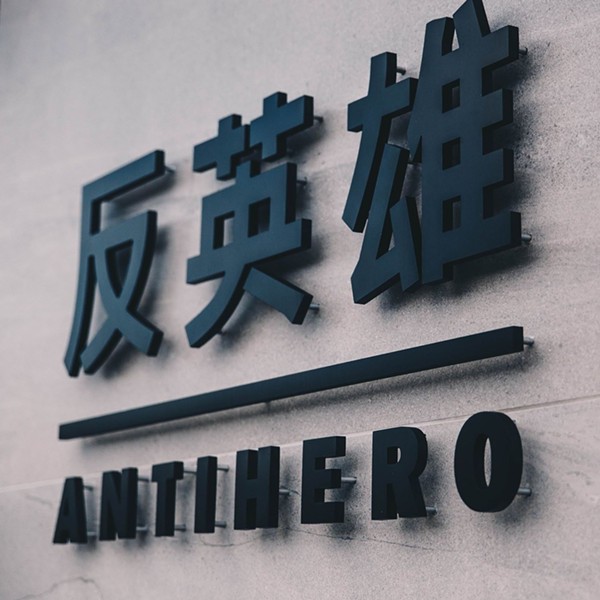 Izakaya is a compound of the Japanese words , meaning “to stay,” and , a shop that sells the Japanese liquor saké. These local haunts, somewhat similar to Irish pubs or Detroit’s corner bars — where patrons go to drink heavily, eat and linger with good company — are prolific throughout Japan, but rare elsewhere. Now, Ferndale is getting a long-anticipated take on the Japanese watering hole.

From the Ferndale restaurateur favorites responsible for hits like Imperial and Public House, Working Class Outlaws is set to debut its Izakaya-themed Antihero bar and restaurant on Thursday, Nov. 29, according to the Free Press.

Originally set to open in 2015, the road to Antihero has been tumultuous. After three years of blows including construction delays, an owner’s health scare and the abrupt departure of the executive chef, Antihero is finally emerging from its dark tunnel of unending preparation.

Contributing to the anticipation, Working Class Outlaws stole its new head chef (Nick Erven, who is manning Antihero’s menu and kitchen) away from sunny Los Angeles.

“They made it very hard to say no," Erven told the Free Press. "What they were doing, what they wanted to do, how super passionate they are about their restaurants — they very much care about the people who work here and the neighborhood. You don’t see a lot of that in restaurants.”

In keeping with the Izakaya tradition, Antihero offers about a dozen sakés, the uber-popular Korean liquor soju, and a variety of traditional cocktails with a Japanese twist. Antihero’s bar comes equipped with the simple, yet game-changing, Suntory Toki highball machine, which premixes carbonated water and whiskey for an unforgettable whiskey soda.

“I sort of call it the authentically inauthentic izakaya," Erven told the Free Press. "It’s an izakaya in scope and idea because the end of the day, it's a bar. And this is basically elevated bar food. The driving ethos was fun. How do we make people have a good time? How do we not take ourselves too seriously?"

The menu boasts almost 30 options, ranging in price from below-$12 up to $22. The dishes are a diverse bunch of Japanese-inspired fusions like black-garlic chickpea fritters and "chicken fried" tofu.