Is that a 17th-century swizzle stick in your pocket or are you just ready to watch the season premiere Antiques Roadshow?

Everyone's favorite show about people rummaging through attics, basements, and storage units to determine whether or not the painting they inherited from their great, great, great grandmother is worth enough money to send the kids to a good college or if it is merely a reproduction, is kicking off its new season.

The beloved PBS series, now in its 23rd season, is quickly approaching antique status itself. The season premiere airs tonight at 8 p.m., with one of three episodes recorded at Meadow Brook Hall during the show's 2018 tour which saw antiques and rarities brought in by 2,800 metro Detroiters. The season ushers in a new format in which the appraisals take place in historical locations rather than the usual hotel conference centers. Among the treasured Michigan rarities discovered at Meadow Brook Hall is the above-pictured Temptations trunk that the Motown legends used to store their stage garb while touring, as well as a 16th-century map that was purchased for $20 and that may or may not be worth $10,000.

There's a special screening party at Meadow Brook Hall on Jan. 13 which includes episode highlights, a live Q&A with senior producer Sam Farrell as well as lunch in the Hall's Christopher Wren dining room, and a self-guided tour of the grounds.

Or if you like to appraise and chill, relish in the joy, the pain, and those annoying people who have zero reaction to finding out that they hit a friggin' five-digit goldmine with some old-ass rug with this Antiques Roadshow drinking game. Remember, appraise responsibly. 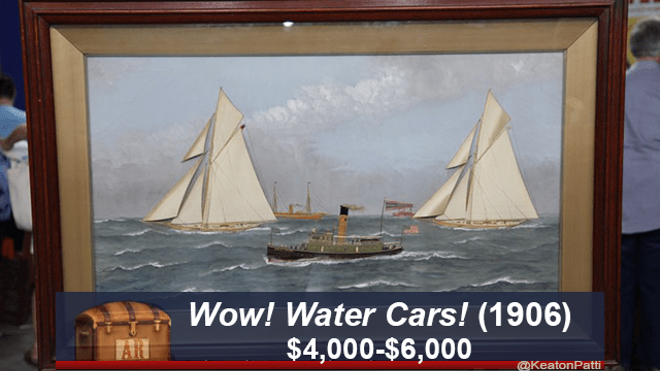