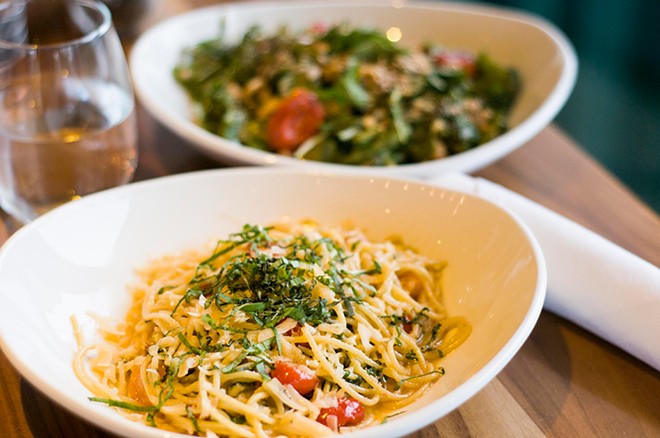 On Thursday, DRW announced 25 restaurants that will be participating this year, including the return of favorites such as Roast, Cliff Bell’s, Grey Ghost, La Dolce Vita, and Central Kitchen + Bar. The event will also offer a slew of new restaurants including Lumen Detroit, The Peterboro, Empire Kitchen & Cocktails, and the Grille Room at the Detroit Club.

This year’s event features three-course dinners for $39 per person and menus at certain destinations for $29 per person. Those offering the lower price-point dinner include Common Pub in Midtown, Gather in Eastern Market, and La Noria Bistro in Southwest Detroit, among others.

Menu and reservation information can be found online at www.detroitrestaurantweek.com.

See below for the full list of participating restaurants:

Jessica D'Alfonso is a spring editorial intern at Metro Times.