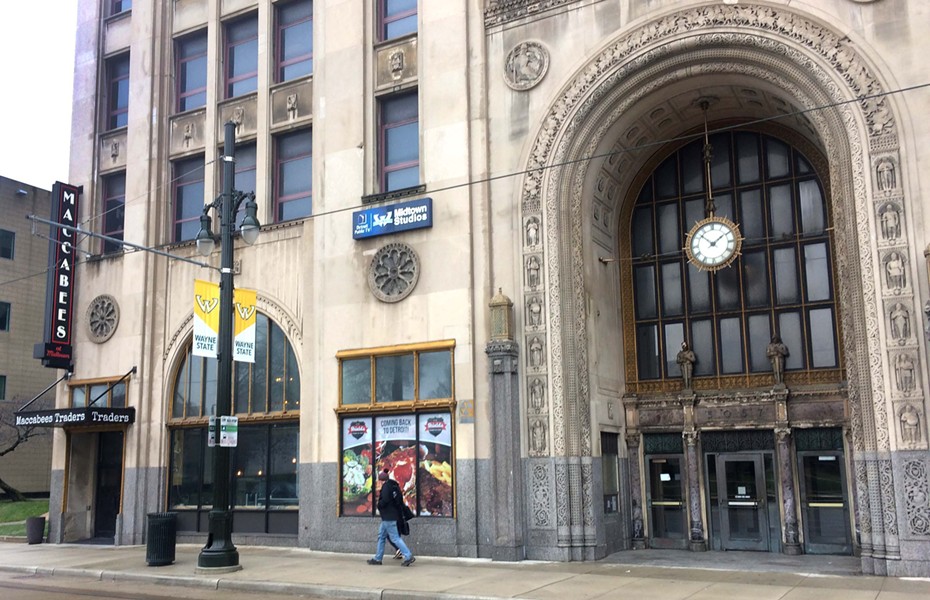 The restaurant opened on April 8 in the former Maccabees Traders space on Woodward Avenue, across from the Detroit Institute of the Arts.

Review: Maccabees Traders pivots to Asia
By Jane Slaughter
Food & Drink
Shield's — which first opened as a bar in Detroit at Davison and Shields streets in 1937, then later started making deep dish pizza — also serves a range of pastas, salads, ribs, and other dishes. Owner Paul Andoni previously told Metro Times the menu will look more like that at Shield's recently-renovated Troy location than its Southfield and Macomb restaurants. The former offers more appetizers, calzones, and entrees like a bistro steak and Sriracha bourbon salmon.

The restaurant worked with designer Ron and Roman Associates, which recently did the Shield's Troy store's renovation. Andoni says to expect some similar elements as in the Troy location, but the 185-seat restaurant with a full bar is tailored to fit the historic building.

Detroit-style pizza maker Shield's is opening a Midtown location
By Tom Perkins
Table and Bar
The Maccabees location is operating under a licensing agreement with restauranteur Norm Mourad. Maccabees Traders abruptly closed in June, at which time its owner said he didn't think Midtown could yet "sustain all of these things everybody is trying to do.”