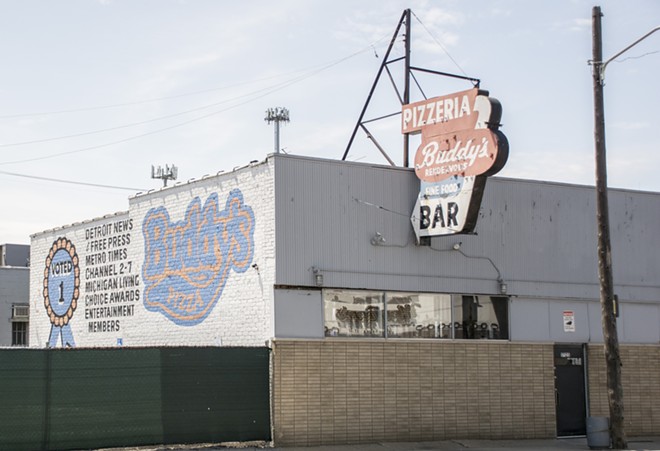 Buddy's Pizza has sold its original location's building at McNichols and Conant, but the business won't be closing or undergoing any changes.

Instead, the growing pizza chain will continue to lease the building from an affiliated company, and the deal is part of an effort to raise money to open locations nationwide.

The news comes as Buddy's has opened or is working to open multiple new locations across Michigan, including in Grand Rapids, Woodhaven, and downtown Detroit.

Buddy's invented the Detroit-style pizza at its McNichols and Conant roads location that opened in Detroit in 1946. Detroit-style pies are square, deep dish, and were originally prepared in repurposed blue steel factory trays that were used to store parts. Each pie gets a heavy portion of brick cheese that's melted to its edges, forming a thin ring of caramelized cheese around the focaccia-like crust.

Though Buddy's invented the style, two of its early chefs left its kitchen to open Loui's Pizza in Hazel Park and Cloverleaf on the east side. Those restaurants have so far resisted any urges to turn their company into a chain.

In 2011, Detroit Mayor Dave Bing and City Council proclaimed June 23 to be Buddy's Pizza Day. This year, coupons for $7.30 off any 8-square pizza will be available while supplies last.