Asian Corned Beef, the local chain run by corned beef egg roll inventor and Vietnamese immigrant Kim White, has finally opened its long-awaited seventh location. The new restaurant is located at the former McDonald's at 19102 Woodward Ave., Detroit, and celebrates its grand opening on Friday until 7 p.m. with prizes and egg roll giveaways. The restaurant is also debuting a new roll — the lobster roll.

The corned beef egg roll is exactly what it sounds like: salty, cured deli meat, cheese, and cabbage wrapped in a crispy egg roll, sold for just $3 a piece. 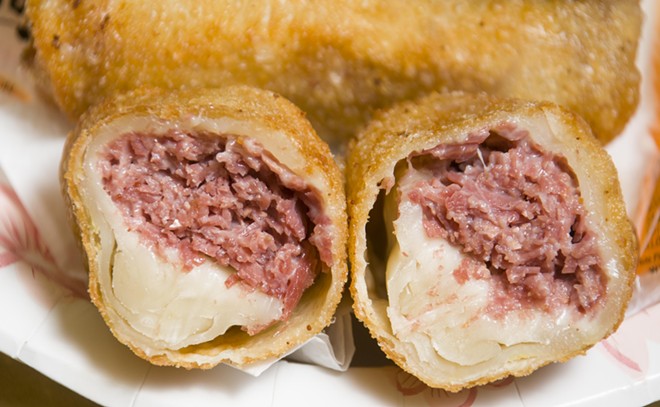 The seventh store was originally planned for Eight Mile Road, but residents of Detroit's Greenacres neighborhood mounted opposition to the restaurant over zoning concerns.

It's the chain's first location on Detroit's major North-South thoroughfare. An eighth location is also planned a bit further south on Woodward Ave. in a Highland Park strip mall.

More information on the chain is available at asiancornbeef.com.