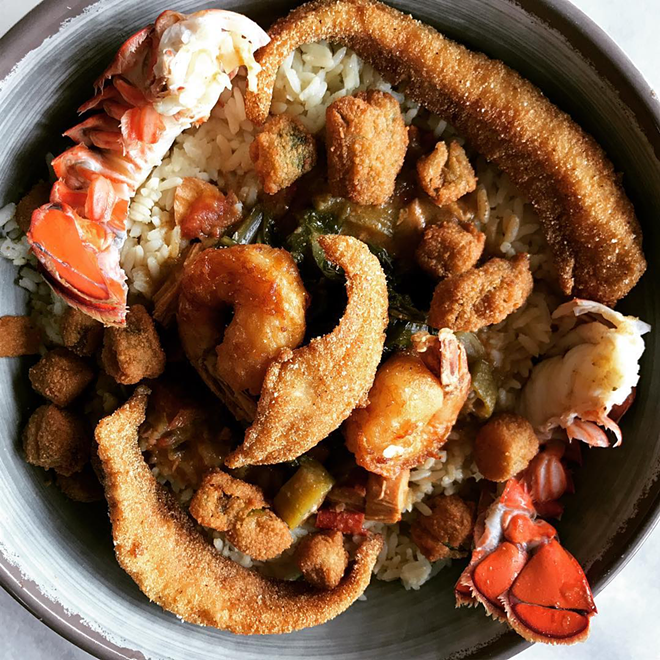 Southfield soul food hub Beans and Cornbread has been named one of America's "new classic" restaurants on GQ’s 2019 list. The list specifically celebrates restaurants that are "too old to be new, too new to be institutions."


Beans and Cornbread, which opened in 1997, offers time-tested renditions of dishes such as smothered pork chops, fried catfish fingers, macaroni and cheese, and salmon croquettes.


“Suburbs aside, you'll see photographs of all of Detroit's black heroes — Joe Louis, Diana Ross, especially Aretha Franklin — while Motown plays in the background,” wrote Aaron Foley, author of How to Live in Detroit Without Being a Jackass, for the GQ compilation.


Beans and Cornbread includes Sidebar, a martini and wine bar, a VIP suite called Red Velvet, and a food truck for special events. The restaurant has been recognized by the Metro Times, The Detroit Free Press, Hour magazine, and the Southfield Area Chamber of Commerce. Rachael Ray and the hosts of ABC’s The Chew have also highlighted the spot’s comprehensive, well-executed menu.


Beans and Cornbread is located at 29508 Northwestern Hwy. in Southfield. Visit beanscornbread.com for hours and more information.