Expecto drinkus! The Wizards Beer Festival is coming to Detroit in 2020 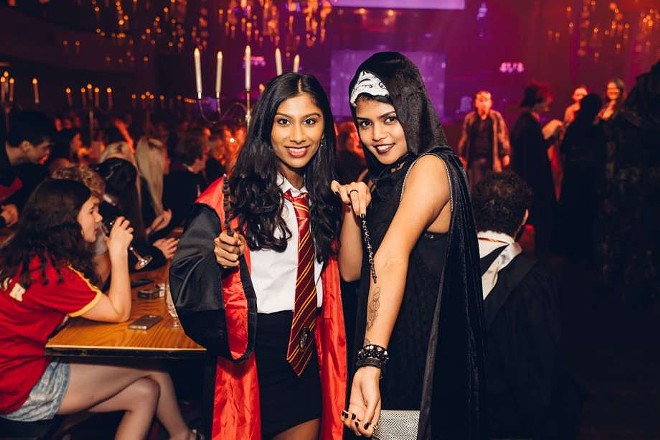 The last time we saw Harry, Hermione, and Ron walking the grounds of
Hogwarts School of Witchcraft and Wizardry, they had just narrowly escaped death and managed to defeat old melty face himself, Voldemort — thanks to a rebounded killing spell and, let's be real, the heroic deeds of the wildly underrated master of the glow-up, Mr. Neville Longbottom. Oh, and none of them were of legal drinking age, which means that they could not get sloshed on Butter Beer to celebrate the victory. Well, dust off your refilling charm because the “most magical beer festival” of 2020 is coming to town so you can pour one out for Professor Snape and Alan Rickman.

Enter the Wizards Beer Festival. Described as “a mystical place where your imagination can roam free,” the Wizards Beer Fest is making the rounds next year and will fly through Detroit on March 1. Though neither the press release nor the event's website explicitly describes the festival as being Harry Potter-themed, it's certainly not using an invisibility cloak.

The ticketed and costume-encouraged event will offer attendees a 12-ounce welcome beer as well as five tokens that grant access to activities like wand-making classes, tarot card readings, and more beer. Oh, and they've ensured a gratuitous use of dry ice to keep things witchy.

Those who missed out on an invite to Hogwarts are encouraged to register their emails at wizardsbeerfestival.com for ticket sale updates and event details (like venue, time, etc.), because the beer fest is limited to just 300 lucky wizards. According to the press release, tickets ($45-$50) will be available next week.