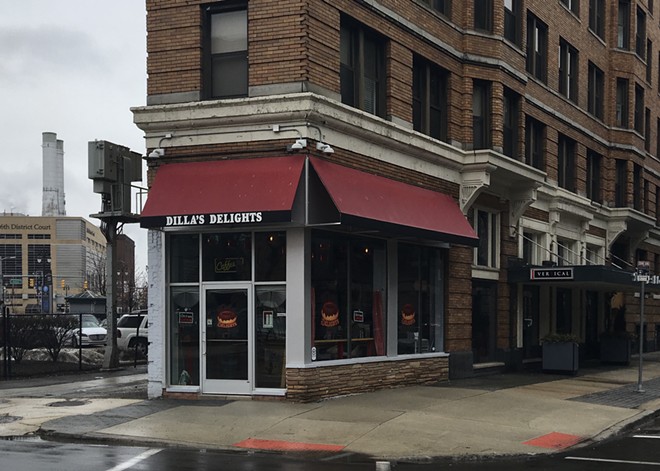 Just weeks after Dilla's Delights owner Herman Hayes revealed he had been diagnosed with cancer in an Instagram post, the donut shop launched a crowdfunding campaign to raise money so it can move to a larger location.

"I recently battled cancer and I'm currently recovering," Hayes wrote on the crowdfunding page. "Due to my recent surgery, we reduced our hours and closed the shop for more than a month. Some of the immediate contributions I hope to receive here will help with accounts receivable that are behind or past due. We are an independent entity and do not receive funds or assistance from any other entity which bears the name J Dilla or James Yancey." Hayes is the uncle of the late hip-hop producer J Dilla.

"The cost of transporting product, insurance, rent, and permits for both retail and production locations has taken a toll on our ability to eke out a profit," Hayes wrote. The shop is seeking $15,000 to upgrade its equipment and move to a new to-be-revealed location, though Hayes teases it has "enormous historical magnitude."

"We are in negotiations with properties for a larger space to produce and sell our donuts and merchandise with room for seating and a museum," he wrote. "One potential site comes with enormous historic magnitude. We hope to acquire grants, partners, and/or investors to present a Dilla's Delights that truly defines a historical landmark and Detroit tourist attraction."

J Dilla died in 2006 at age 32 after being diagnosed with lupus. His final record was titled Donuts, which inspired Hayes to open the shop.