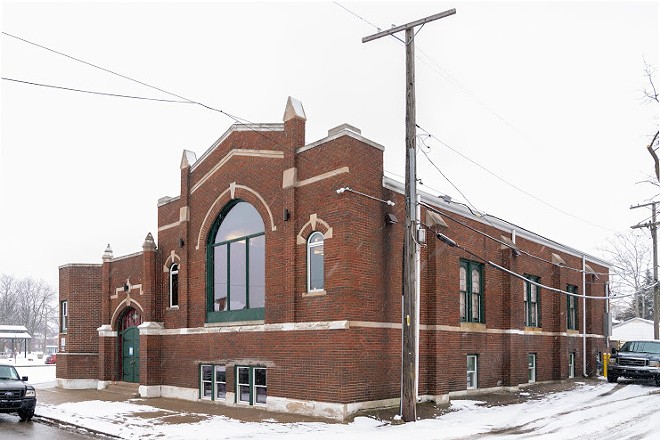 A former Boston-Edison church is being transformed into a new cafe and bar concept called the Congregation, and its set to open on March 5.

The Congregation will operate as a cafe in the mornings, serving Great Lakes coffee from the espresso bar and selling pastries sourced from Good Cakes and Bakes, Terri’s Cakes, and Eat Good Cookies, according to a press release.

In the evenings, it will serve from a small menu with items such as flatbreads, soups, and salads. Along with food, it also plans to serve cocktails, wine, and a selection of beer.

Over three years of planning have gone into the project. In 2017, the Congregation was the Motor City Match grant award winner, but it wasn’t until last summer that construction on the church building actually began.

The formerly abandoned church was originally built in the 1920s and spans 2,500 square feet. During construction, the owners strived to repurpose and reuse many features from the original church. The interior is furnished with vintage pieces, a Casavant Freres pipe organ, and even a counter constructed from church pews. A large deck was also added onto the building for outdoor seating.

The renovations were overseen by architect David Iannuzzi of Iannuzzi Studio and JJ’s House, and the project was led by the community, including co-owner Betsy Murdoch.

Other than operating as a cafe and bar, the Congregation also looks forward to being a place for community gatherings, including music performances, book clubs, and a biergarten in the summer. Its website also states that the space can be rented out for private events, community events, and small meetings.