1 in 3 metro Michigan restaurants could close due to coronavirus 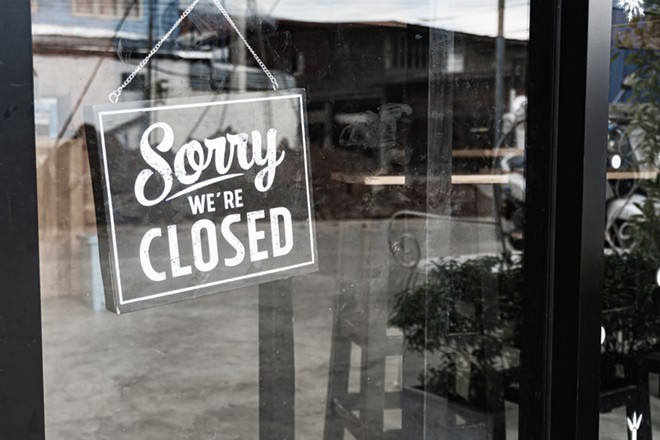 The coronavirus could be a near-extinction level event for Michigan's bars and restaurants.

That's according to the results of a survey by the National Restaurant Association in conjunction with the Michigan Restaurant & Lodging Association (MRLA), which represents more than 5,000 businesses in the state.

According to the study, Michigan hospitality businesses lost $491 million in sales and 72,000 jobs in the first 22 days of March. That represented a slowdown for 84% of Michigan restaurants, with 7% reporting flat sales and 9% reporting an increase.

MRLA President and CEO Justin Winslow told The Detroit Free Press that he thinks that could lead to a closure of up to one in three Michigan restaurants.

"One-third of restaurants — you’re getting into 6,000-location territory," he told the Freep. "That’s kind of hard to wrap your head around. Six thousand businesses are going to close as a result of this. ... And through no fault of their own."

On Tuesday, National Coney Island announced it was closing all 16 of its locations until further notice.

Many restaurants have adapted their business models to cope, switching to take-out and curbside delivery and boasting "contactless" transactions to prevent the spread of the virus. Upscale dine-in restaurants like Detroit's Grey Ghost have even switched to online ordering.