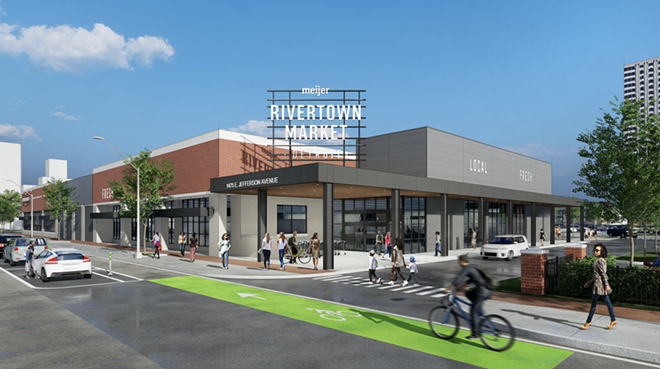 Imagine if grocery retailer Meijer had a little baby with the Whole Foods in Midtown. That's what's about to pop up along East Jefferson Avenue in Detroit next summer after a four-year delay.

Construction for Detroit's first small-format Meijer is expected to start in the next two months after first being announced in 2017. At that time, the boutique Meijer was to be part of a $60 million multi-use development that was set to include apartments and parking. Due to rising construction costs, however, the development has been reduced to include only the lonely little baby Meijer, which won't actually use "Meijer" in the name.

The 42,000-square-foot store will be about a fifth of the size of a full-service Meijer location and roughly double the size of the Midtown Whole Foods and will offer 100 parking lot spaces and an additional 30 street spots. (And let us pray the parking situation isn't nearly as homicidal as Whole Foods because we literally cannot.)