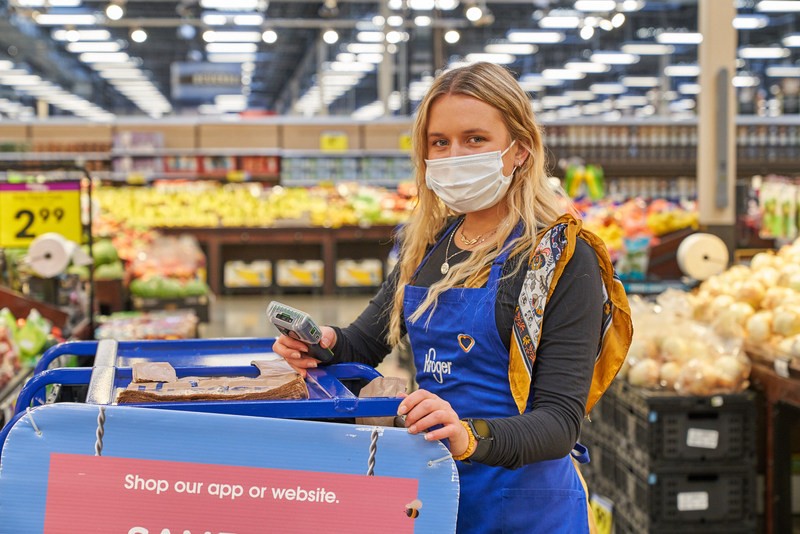 The $130 million deal follows a $2 per hour "Hero Bonus" the company started paying in late March with an initial planned duration through April 18. That modest bonus was extended to May 2, with a new expiration date of May 17. The company prompted a backlash from some workers who pleaded for the company to extend the bonus, citing dangerous working conditions as the virus continues to spread in communities.

The company announced the new round of bonuses on Friday, days before the Hero Pay was set to expire. The Thank You Pay bonus will be paid out in two installments on May 30 and June 18.

"Our associates have been instrumental in feeding America while also helping to flatten the curve during the initial phases of the pandemic," Kroger chairman and CEO Rodney McMullen said in a statement. "To recognize and thank our associates for their incredible work during this historic time, we offered special pay in March, April and May."

"As the country moves toward reopening, we will continue to safeguard our associates' health and well-being and recognize their work," he continued. "At the same time, we will continue running a sustainable business that provides steady employment and opportunities to learn and grow for over half a million associates."

The company also announced it would continue its expanded paid sick leave policy.

Shortly after rolling out its Hero Bonus, Kroger reported that four of its metro Detroit employees had died from the coronavirus.

So far, Kroger says it has spent $700 million compensating its workers and retooling its business for safety, supplying masks for all workers, installing plexiglass partitions and floor markers to guide social distancing, expanding contact-free payment, and other updates.

The largest supermarket chain in the U.S., Kroger has seen steady growth amid the pandemic, reporting a 30% increase in sales in March from the previous year. For the fiscal year 2020, Kroger reported earnings of $1.907 billion, with an annual revenue of $122.286 billion.