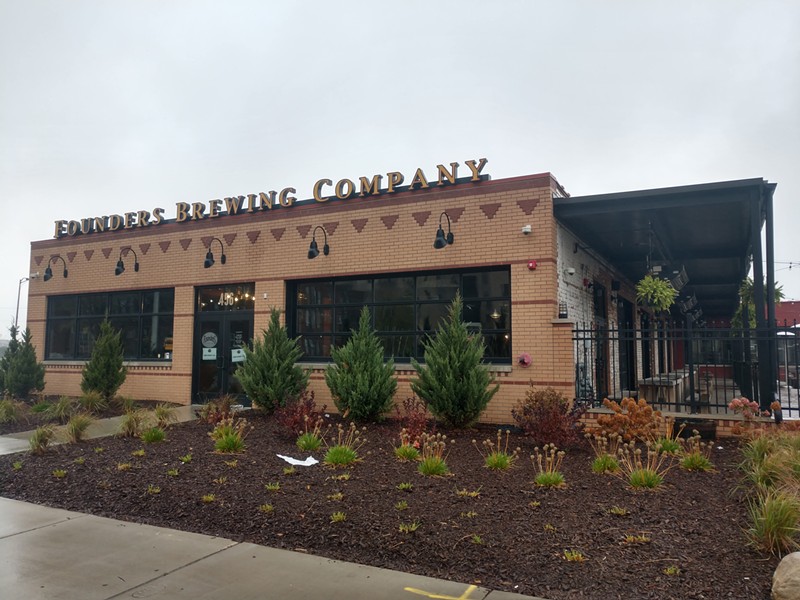 Founders Brewing Co. is re-opening its taprooms in Detroit and Grand Rapids — for curbside delivery only, due to the coronavirus.

The taprooms are set to open Thursday after being forced to close in March due to the coronavirus crisis. The Grand Rapids taproom is open for beer and food pickup, but a representative told Crains Detroit Business that Detroit's is beer-only for now. Hours of operation for both are 11 a.m.-7 p.m. Thursdays through Saturday.

According to a press release, all frontline workers will receive 20% off their entire order. In lieu of tips, the company is asking customers to donate to its Employee Emergency Assistance Fund to benefit Founders employees and families.

The Detroit taproom reopened in February after public backlash caused it to close its doors last year. The brewery entered the national spotlight when Metro Times published a transcription from a racial discrimination lawsuit. After calls for boycotts, the company closed the Detroit taproom until further notice. The company settled the discrimination case for an undisclosed amount last year.

Ahead of the February reopening, the company pledged its commitment to do better, hiring an outside firm for an independent audit of its practices, and hired former Michigan state senator and representative Buzz Thomas to serve as its interim director of Diversity, Equity, and Inclusion.

The company said it will donate the income from the Detroit taproom to local charities for the next three years. It has also partnered with the City of Detroit to hire Detroiters, with a commitment to making jobs more accessible to people with criminal records as well as offering training for Detroit residents to enter the hospitality industry.