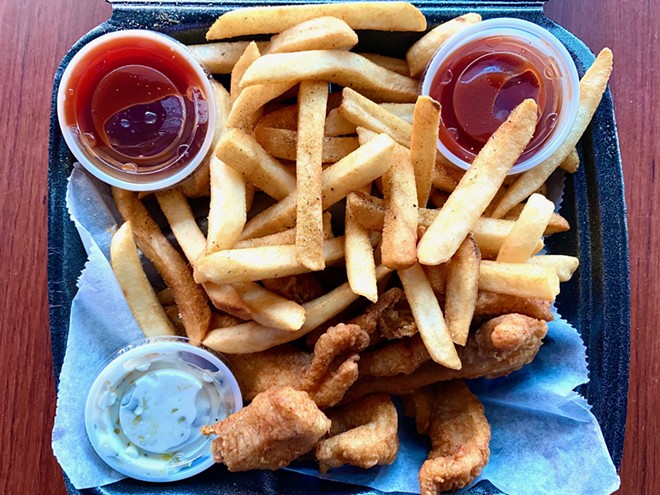 When the coronavirus hit Detroit, Flood's Bar & grille was hit especially hard: both of co-owners Stephanie and Cristina Byrd's parents came down with COVID-19. The sisters were forced to close down the shop to serve as caretakers.

After a six-week struggle, both parents have now fully recovered — and the longtime soul food favorite is now open for carry-out and delivery. Flood's reopened for business on Thursday.

"We are a true soul food restaurant," she says. "I know a lot of people don't necessarily like to make soul food at home because it requires so many steps and so many ingredients. So we're hoping to fill that void."

The family also owns The Block in Midtown, and Byrd says they hope to start carry-out orders there soon too. But for now, the focus is on Flood's, the iconic spot that has operated downtown since 1987.

"We need to make sure that we can get the model up and running at Flood's, because Flood's is the more popular of the two," she says.

Like other local restaurateurs, Byrd applied for and received federal aid. But many are worried the aid won't be enough to save restaurants, whose profit margins are thin even in good times. A proposed RESTAURANTS Act specifically tailored to the hospitality industry could help.

In the meantime, "We're waffling between fear and resolve," Byrd says. "We just simply don't know what will happen."