Table No. 2 launches GoFundMe after being forced out of Avenue of Fashion location 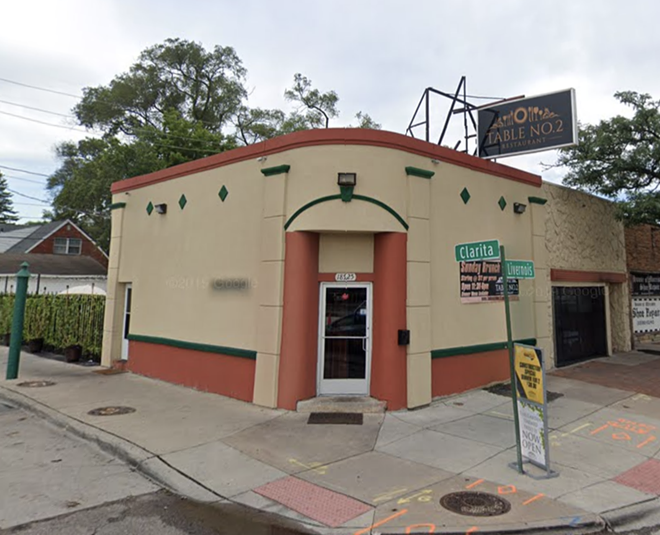 A Black-owned white-table cloth restaurant with a focus on table-side service is looking for a new home — just over a year after opening its doors in a historic Detroit neighborhood.

The restaurant suffered from a string of bad luck. Shortly after Chef Omar Mitchell opened his fine-dining restaurant Table No. 2 along Detroit's Avenue of Fashion last year, the City of Detroit started a nine-month, $17 million streetscape construction project, crippling the neighborhood's many businesses. The construction, which included widening the sidewalks, adding street lighting, and removing a controversial median, began in May 2019 and was largely completed in February (though the city's website lists several projects along Livernois that are ongoing, like installing benches, bike racks, and planter rails). As a result of the construction, Mitchell said his business declined 70%.

Mitchell told Eater Detroit that between Valentine's Day until the pandemic hit in March, his restaurant was booked every weekend, and outdoor seating was added to accommodate the sudden surge in business. In mid-March, his team quickly pivoted to curbside service following Governor Gretchen Whitmer's state-wide closure of dine-in restaurant services, operating with just two employees and himself. Mitchell even delivered some orders himself, and Table No. 2 also contributed meals to healthcare workers fighting the virus on the frontlines.

Now, Mitchell and his staff are being forced out of the space at 18925 Livernois Ave. after the building owner made the decision to sell the space. Table No. 2 was asked to vacate by June 1, a week before Michigan's dining rooms would be allowed to reopen, so as long as they can maintain social distancing, capacity limits, and other safety protocols. Table No. 2 was expected to renew a 5-year lease with its landlord, after completing its pilot year.

This week, Mitchell launched a GoFundMe campaign for $30,000 to fund the restaurant's “new beginnings.” The money will go toward moving restaurant equipment, storage, and potential build-out of a new location, which Mitchell hopes will be in the same neighborhood. When Mitchell spoke with Metro Times last year, he had said he and his brother were initially looking for a downtown location but said there was “too much political red tape.”

“Now I have to figure out where I’m going to get all my funding from to up and move and open up a new restaurant," Mitchell told The Detroit Free Press. “A larger restaurant that’s within the six-feet separation rules on top of all the other shit I’m going through. ... It hurts, man.”