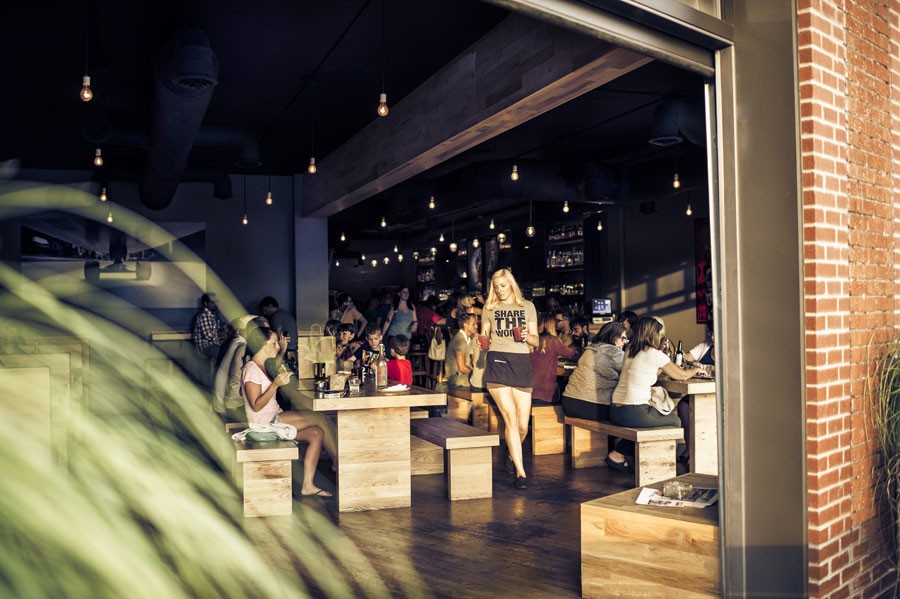 On Thursday, July 2, Jeff King resigned as the daily operations manager of Working Class Outlaws, the restaurant group that runs Ferndale’s popular taco spot Imperial. The sudden resignation came a day after a former Imperial employee shared screenshots of anonymous claims in a Facebook post that included allegations of sexual harassment, racism, and abusive and exploitative work conditions. Some of the posts called out King directly for sexual harassment. So far, the post has been shared more than 1,200 times.

At first, Working Class Outlaws wrote it was “shocked” that these allegations were being made in a post on Imperial’s Facebook page, but it soon deleted the post, along with the pages for all of its businesses. The restaurant group also runs the bar Public House and the izakaya-inspired Antihero, both also in Ferndale.

“In the last 24 hours, we've been blindsided by the allegations made by former employees,” the now-deleted post from Imperial read. “Honestly, we're shocked. We've spent the last 24 hours investigating these claims internally and evaluating our processes and procedures to find validation to substantiate the allegations set forth on social media. We're also trying to process and understand the base of these claims.”

On July 3, the same employee who made the original allegations against King posted a letter that indicated the bar staff of Imperial, Public House, and Antihero had all stepped down in solidarity with the victims coming forward with allegations against King. (Working Class Outlaws did not return a request for confirmation or comment.)

Metro Times spoke with one of King’s former employees, who asked for anonymity. “I was a regular at Imperial before I began my position there, and it seemed as though King was always lurking between the restaurants,” she says. “I was unaware of the things happening behind the scenes until shortly after starting there."

She says that though her interactions with King were minimal, she had heard stories about King's behavior — but workers felt there was no outlet for the issues to be taken to management.

“WCO had a habit of cutting ties with people without warning, just for speaking up for themselves,” she says. “The HR department wasn’t an accessible option because the upper management team was extremely close. Who would we tell about these situations? The owner's friends who were hired to run the company? Staff really felt unsafe and uncomfortable coming forward about any of their experiences for fear of being fired. We made great money at the restaurant, and most of the people coming forward now let things go just to be able to keep supporting themselves. I don't blame a single person who put up with harassment, just to keep surviving.”

Ultimately, the worker claims she was fired in 2018 when she refused to sell a cognac-based cocktail titled “Monkey's Uncle.” The drink was on the specials board and featured an illustration of a monkey riding atop a horse, wearing a cowboy hat and swinging a lasso.

When she brought the concern over the caricature being racist, the employee was let go the next day. “I refused to sell the cocktail, and they called me the next day to let me know that I was being fired because my views no longer aligned with the company and that I did not need to come in for the rest of my shifts,” she says. “I was mortified.”

Another employee says she had similar experiences working at Public House.

“I knew right away that this was a toxic place, but I stayed because of the money,” she says. “Also, there were a select few who treated me well, and it was good enough for me to second guess my discernment.”

Since she worked alongside her boyfriend, she believes that shielded her from some of the flirting and harassment other employees allege, but she believes that’s what consistently kept her denied any opportunities to move up.

The Facebook post was a catalyst: Since then, there has been discussion on creating a union for service industry workers in Detroit to ensure employees are protected from similar behavior. The union would be a resource that service workers of Detroit would be able to use to voice their concerns and receive the support that they need.

“Unions are there to protect women from sexual harassment and sexual assault in the workplace,” says Diana Hussein, a labor organizer for Unite Here. “The service industry is ripe for the picking when it comes to women and harassment positions, whether it’s with customers or whether it’s with management that take advantage of the work environments they’re in.”

Hussein says a union would help provide the proper channels for employees to report complaints of abuse. “You have that protection if something were to happen to you, where to report it you have the grievance procedure that you can go through and report it to management,” she says. “Through that, you won’t have any retaliation against you.”

Furthermore, a union would protect workers from Michigan’s policy of at-will employment. “That’s still a tricky loophole grey area where anybody can just be fired [for any reason],” she says.“That’s dignity and job security to be able to feel like you do have, you know, that security at the workplace.”

As Detroit recovers from the economic fallout of the coronavirus pandemic, a union would also help protect both workers and customers.

“At the beginning of the pandemic, [the risk] was our health care workers because that was really a lot of who was still at work,” Hussein says. “And now as we’re talking about re-opening, and re-opening too soon, it’s happening where we’re putting the lives on the line of service industry workers who definitely didn’t sign up for that.”

“Just think about who is in these kinds of jobs,” she says. “In the service industry it’s women, it’s Black women and women of color, it’s immigrants. And these are the ones that are going to be considered expendable. These are the people that have been exploited, because that’s who society looks at who can be exploited.”