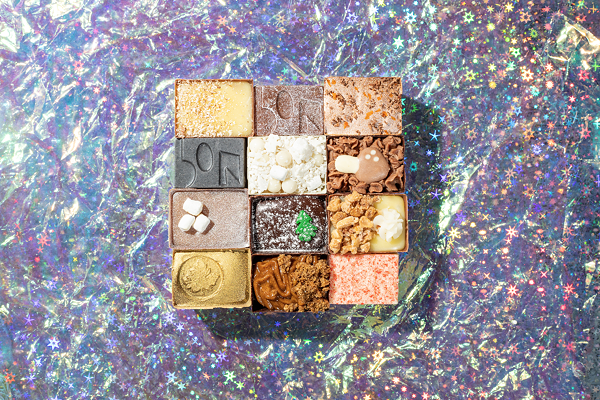 Willy Wonka's got nothing on the women of Hamtramck-based chocolate factory Bon Bon Bon, who opened their fourth storefront in Ann Arbor this week.

Owner and founder Alex Clark launched Bon Bon Bon out of a Coney Island restaurant before opening the production facility in Hamtramck in 2014, which is closed to the public. The chocolatier expanded to Midtown last year.

It specializes in artisanal bite-sized chocolates in unique flavors like Bumpy Cake and Killer Cereal.

Clark told MLive that Ann Arbor was a place they had always wanted to return to after hosting a pop-up shop outside of the first incarnation of Takoi, previously known as Katoi, in downtown Ann Arbor.

“We had to leave them and it was so sad. We knew we wanted to come back to Ann Arbor,” Clark said. "We were so in love the last time we were here. When the Nickels Arcade became available…it’s like a dream come true.”


During the pandemic, Bon Bon Bon turned to e-commerce, which Clark said they're “not really set up” for due to the sheer volume of in-person sales they experience daily.

Offering 24 flavors and a rotating selection of specialty bons, chocolate lovers can purchase individual chocolates for $3.50 or $35 for 10 pieces, $52.50 for a box of 15, or a 32-piece bon box for $112. Bon Bon Bon added some novelty treats to their menu last year, including floppy disks that are labeled “Nudes,” and mixtapes (all edible, of course).