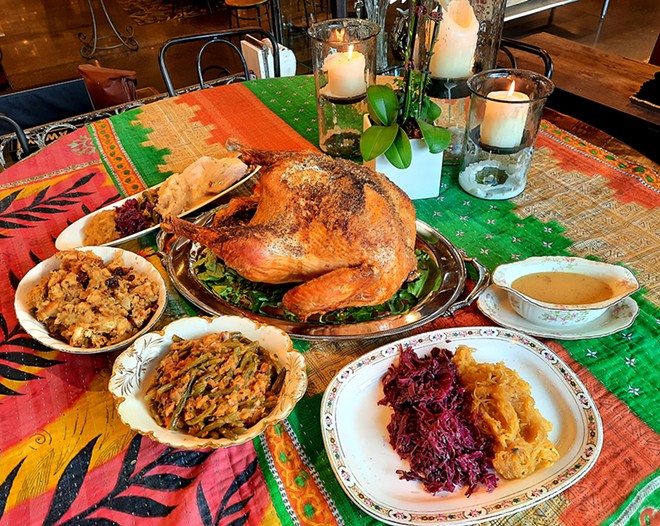 With a surge in the coronavirus in Michigan forcing a temporary prohibition on dine-in restaurants and preventing families from gathering for Thanksgiving, the Michigan Restaurant & Lodging Association (MRLA) is launching a "Thanksgiving To-Go" promotion.

Justin Winslow, President & CEO of the MRLA, said that ordering take-out could be a great option for the holiday, and will help support independent restaurants which are struggling. "We implore everyone to show gratitude for their favorite restaurants this holiday season by getting Thanksgiving to-go,” he said in a statement.

Restaurants and hotels have created special Thanksgiving To-Go menus, ranging from prepared meals and meal kits to build-your-own-meal options. A list of participating restaurants can be found at mrla.org/thanksgivingtogo.

According to the MRLA, the restaurant industry plays a major role in Michigan’s economy, employing over half-a-million people and generating $40 billion in revenue for the state.

“This year,” Winslow said, “dining rooms and banquet halls remain empty — a sad sight for employees who look forward to serving guests and count on their paychecks, and for operators who depend upon revenue from holiday dining to sustain their businesses after the new year.”

The MRLA attempted to sue the Michigan Department of Health and Human Services (MDHHS) over its ban on dine-in restaurants. The lawsuit contends that the epidemic orders will force 40% of restaurants to close, at least temporarily, and could result in around 250,000 employees being laid off over the holiday season. The lawsuit also says the economic impact of the pandemic could see at least 6,000 Michigan restaurants permanently close by the spring.

According to the lawsuit, about 2,000 restaurants have already closed their doors permanently this year due to the pandemic.

A judge rejected the MRLA's request for a restraining order to stop the prohibition on dine-in restaurants.