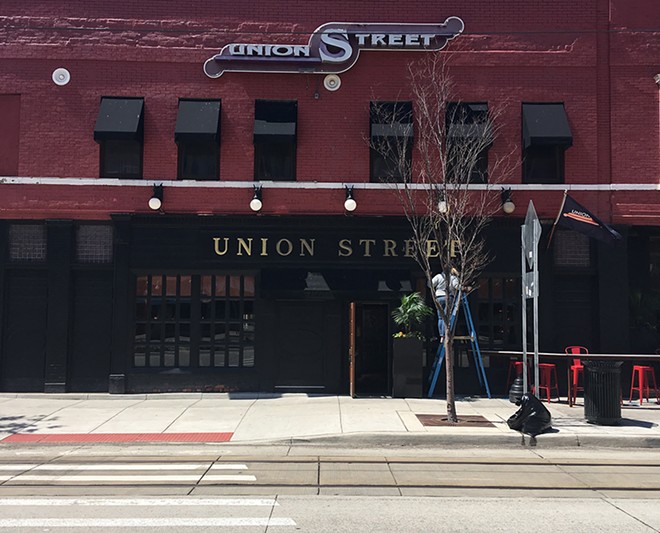 Looks like it could be the end for a longstanding Detroit restaurant.

According to a new report from Crain's Detroit Business, developers are eyeing the building at 4145 Woodward Ave. that has housed the Union Street Detroit restaurant since the 1970s to make way for a "future grocer."

According to Crain's, the building owners are in the process of buying the restaurant and neighboring Midtown Liquor & Deli store out of their leases. The building also houses the former Grace Harper Florist Inc., which moved out in 2018.

A grocery store tenant hasn't yet been nailed down for the two-story, 14,200-square-foot space. According to Crain's, Westborn Market, Target, Meijer, and Trader Joe's have all scouted the space.

The renovation is expected to start this summer and will cost approximately $2 million, according to the building owners.

It's possible that Union Street could relocate, but it sure wouldn't be the same without the building's beloved Art Deco interior.

Fortunately, the development proposal calls for preserving some of the building's historic architectural elements.

"The intent is to simulate the look of the original building, retaining existing historic materials wherever possible and using modern materials where necessary to accurately recreate the original detailing without creating a false sense of history," the proposal says.

According to a 2003 Metro Times review, the location was first a restaurant in the 1930s called Arturo's, and was said to have been frequented by dancers from the nearby former Greystone Ballroom. In the '60s it became a student hangout called Mad Anthony's.

In the '70s it was purchased by restauranteur Tom Brandel, who made it more of a jazz and blues spot modeled after his Grosse Pointe restaurant of the same name, originally dubbing the Woodward spot "Union Street Too." In the '80s it hosted art exhibitions and poetry readings, with '60s icon John Sinclair a regular readers.

Brandel retired in 2011 and died in 2020, according to The Detroit Free Press.

Union Street Detroit partner Johnny “JLo” Lopez, who worked at the restaurant when he was a teenager, died last year.