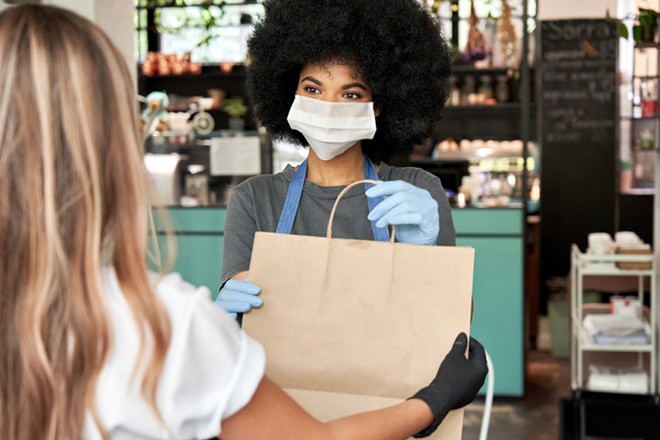 A new report adds to the growing evidence that the pandemic is heightening disparities in the United States.

Nearly 90% of Black restaurant employees report that their tips declined by half or more since the health crisis began, according to a new study by labor advocacy group One Fair Wage. By comparison, only 78% of restaurant employees of other races reported such a steep decline.

The report also suggests that Black workers were more likely to be retaliated against with lower tips for enforcing COVID-19 safety measures. Nearly three out of four Black workers said customers withheld gratuities after they enforced such protocols.

Though Black workers represent a majority of the tipped service industry, the report states that they are making the least amount of money. The Washington Post last week reported that Black foodservice workers' average earnings declined 3.5% in the past 24 months — the most among all racial groups.

One Fair Wage's report finds that white workers' wages increased prior to the pandemic.

Several Black survey respondents also told One Fair Wage the experienced an overall increase in racialized comments, as well as an uptick in customer harassment and hostility during the pandemic.

Indeed, 84% of all workers reported that customer hostility in response to enforcing safety protocols increased during the pandemic. That number is slightly higher — 86% — for Black workers.

The One Fair Wage report is based on secondary sources, government data and surveys of more than 1,500 food service workers conducted from October 20, 2020 to January 21, 2021. Survey participants resided in Michigan, New Jersey, NewYork, Pennsylvania and Washington, DC.

In December, One Fair Wage released a separate survey in which four in 10 foodservice workers reported an increase in sexual harassment from customers during the health crisis.

This story was originally published by our sister paper, the San Antonio Current. It is republished here with permission.