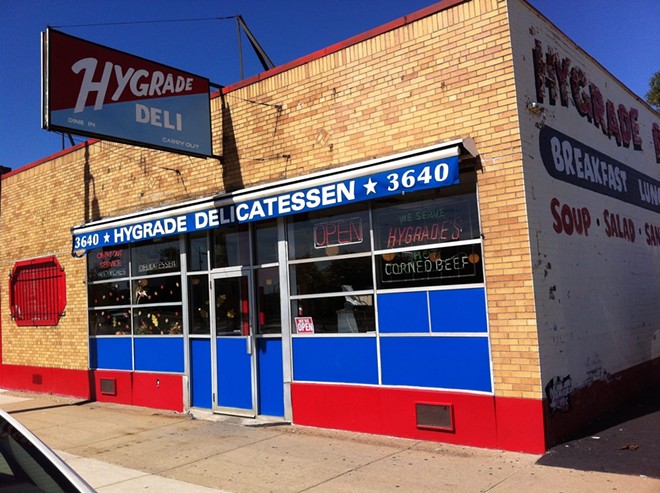 Don't panic, Detroit, but your favorite sandwich shop is up for sale for an undisclosed amount of cheddar.

Earlier this week, Southwest Detroit's Hygrade Deli was put on the market without an asking price, Detour Detroit reports.

According to owner Stuart Litt, listing the family-owned and operated business is his way of gauging interest in the property.

“I’m not getting any younger, let me put it that way,” Litt told Detour as one of his reasons for selling.

Unlike many metro Detroit restaurants that were forced to close up shop due to the pandemic, that's not the case with Hygrade as the deli's sales brochure claims a 20% increase in business from 2020. Because business is in no way suffering, Litt, who has declined to discuss price, says he knows he's got a gem on his hands and isn't going to rush the process.


“I’ve got a prime piece of land here on Michigan Avenue right next to Corktown,” he said. “I’m not gonna give the place away at all.”

To compare, Detroit Institute of Bagels, also located on Michigan Avenue just 1.6 miles away from Hygrade, closed last year and listed the property for close to $1.6 million, with the option to take over the business and equipment.

In 1972, Litt's father took over ownership of the deli, and as Litt said in a Facebook post in honor of the Hygrade's anniversary, he's “been here practically every step of the way,” taking over for his father a decade later.

“I’m not an emotional person but I suppose it’s gotta be,” Litt told Detour. “You never know how you’re going to react when that time comes.”

To view the listing, see Colliers.com.