Michigan House moves closer to letting you make bad and boozy decisions until 4 a.m. at bars 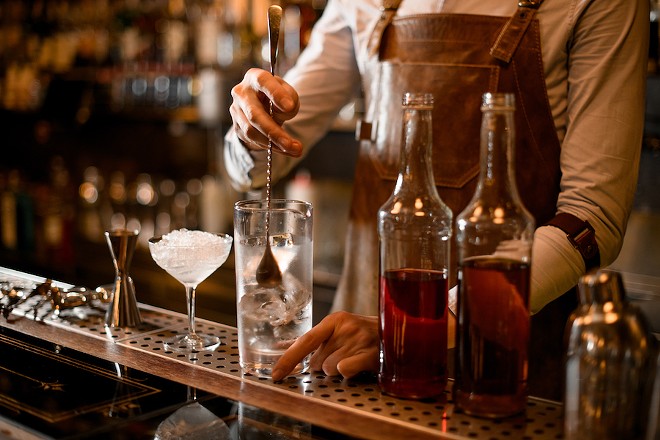 Cue up Louis Armstrong's “What a Wonderful World” or, like, any song by Kesha and/or Pitbull, because Michigan lawmakers are fighting for our right to party — and t0 drink ourselves silly — at bars until 4 a.m.

The Michigan House moved the state one step closer in possibly amending the Michigan Liquor Control Code, which would let cities decide whether bars and liquor licensees would be allowed to sling drinks for an additional two hours, The Detroit News reports. The Rep. Ryan Berman R-Commerce Township-sponsored measure passed in a 62-45 vote.

State law currently prohibits the sale of alcohol for both on-premises and off-premises between 2 a.m. and 7 a.m. and under the state's current pandemic restrictions, indoor dining has an 11 p.m. curfew.

The measure, designed to help bars recover some of the money they lost during the coronavirus restrictions, would allow local municipalities to decide whether to extend closing time for bars and restaurants — though it should be noted that not all bars and restaurants that apply for a late-night permit are not automatically approved, because that's up to the discretion of MLCC, baby. Oh, and the MLCC will also charge establishments that opt into the late-night booze curfew an annual fee of $250 because, well, money.

But don't call up the squad to get faded just yet, as similar bills have gotten this far in the past but failed to reach a full Senate vote. The current bill would need to pass the Senate and get the ol' John Hancock of Gov. Gretchen Whitmer and, if approved, would likely go into effect once state-wide indoor dining restrictions are lifted.

The city of Detroit is among those in favor of the bill, citing the new hours would allow people who work in late-night industries (frontline workers, hospitality staff, artists, and performers) to enjoy the libations of the area's many boozy spots.

Not just that, but Rep. Berman also cited some stats that address another added benefit of an extended closing time (the song is in your head now, isn't it?): a decrease in crime. Apparently, people lingering on streets, street corners, and outside of bars and restaurants have proven to curb crime (but, unofficially, would likely lead to an increase in sidewalk vomit).

“It gives the city that international allure that creates jobs for Detroit residents and visitors to come as well," Detroit's 24-hour economy ambassador Adrian Tonon said. “In a post-pandemic world, it means a lot to these businesses to have these extra hours not only to survive but to strive.”


Meanwhile, the Michigan Sheriffs' Association has some hangups regarding the matter, and by hangups, we mean the possibility of a very serious increase in drunk driving incidents and potentially fatal accidents because the association predicts people will go bar hopping.

Plus, accidents could complicate the morning commute because, yes, if you party till 4 a.m. and get home at, say, 4:35 a.m. (because you stopped at Taco Bell, you beautiful freak) many people could still be intoxicated when it comes to clocking in at 9 a.m., and literally no one wants that.

While we wait for this possible dream world to become a foggy and regrettable dream world, remember: drink responsibly and tip your goddamn bartender.