On Friday, the former New Center Eatery will officially reopen as Joe Louis Southern Kitchen, a day after what would be Detroit boxer Joe Louis's 107th birthday.

According to a press release, the 2,600 square-foot restaurant has 80 seats and will bring 20-25 new jobs to the city. A revamped menu will offer brunch seven days a week from 7 a.m. to 3 p.m.

It will also include New Center Eatery's staple, chicken and waffles. 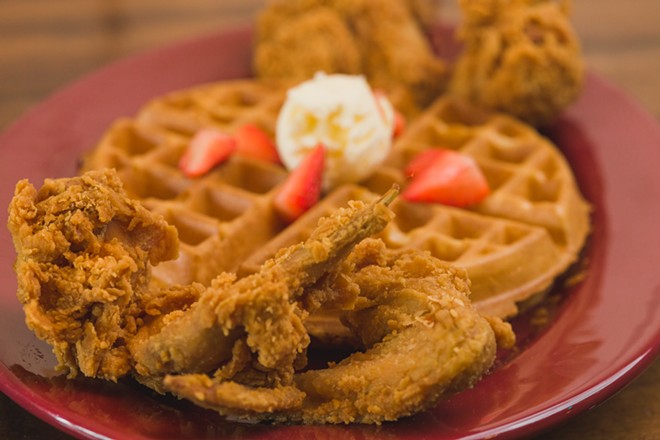 New Center Eatery moved from its longtime location at 3100 E. Grand Blvd., Detroit around the corner in 2017.

The owners say they plan to make Southern Kitchen a nationwide brand.

"Our goal is to take Southern Kitchen across the country — to inspire the community to do bigger and better things for the people that need it," managing partner Joe Louis II said in a statement. "My father was happiest around his family and friends and restaurants give you the opportunity to celebrate moments with the people you love. Joe Louis Southern Kitchen plans to be an active participant in the COVID recovery by giving back to the community.

The restaurant is located at 6549 Woodward Ave., Detroit. More information is available at facebook.com/jlskdetroit.

It sits on a block that has seen a number of new dining destinations open in recent months. Eastern Market's popular Supino Pizzeria opened a second location next door to Joe Louis Southern Kitchen, Yum Village Afro-Caribbean Market Pantry is across the street, and Baobab Fare, an East African cuisine helmed by refugees, opened nearby earlier this year. There's also Kitchen by Cooking with Que, a rentable kitchen and private dining space.