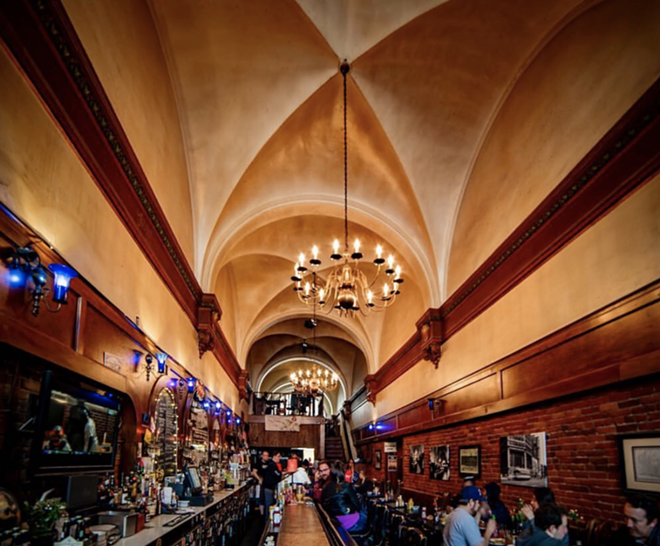 If you've spent the better part of the last year craving a Reuben sandwich from a specific Detroit restaurant, then you're not alone, and thankfully, the wait is almost over.

Detroit's historic Grand Trunk Pub, located at 612 Woodward Ave., will reopen this weekend for a ticketed preview where guests can dine on fan favorites and explore a new all-day brunch menu before it opens to the public on July 31.

Grand Trunk was originally home to Detroit jewelers and creators of the popular Orange Blossom engagement ring, the Traub Brothers, who moved into the building in 1879. They sold it to the Grand Trunk Railway in 1905, who used it as a ticketing station before it became the beloved community pub owned by Timothy Tharp, who purchased it in 2007.

For those looking to attend the preview, which will offer first glimpses into the historic bar's renovations — a new bar, flooring, restored marble, and artisan-painted architectural details — tickets are $25 and include a choice of appetizer and an entree on their "reimagined" brunch menu and/or non-brunch menu items. The ticketed preview also includes access to an open bar, featuring Grand Trunk's exclusive Michigan craft beer tap line, a new cocktail menu, mixed drinks, and bottomless mimosas, and Bloody Mary's.